Stage 7 – Denial of God Himself
Let us assume God exists and let us assume that God is God, the independent Creator, Lawgiver, Ruler, and Supreme Judge in history.  Let us also assume that creation is the result of His will, and that it is God’s will that men should serve Him by freely obeying and fulfilling His commands.
Then suppose that someone were to argue that God’s power and will do not extend beyond certain limits or boundaries and that the Revelation of His will was, therefore, an impossibility.  Such a man argues that God does not express His will to man because He cannot speak to man by any means other than through the medium of His creation and His deeds; and that the Scriptural statements which say that “God spoke to Moses” and “God spoke to your entire nation, you heard words, you saw no form -” and “God spoke to our ancestors through the prophets at many times and in various ways, but in these last days he has spoken to us by his Son,” are therefore nothing more than a collection of myths and fairy tales.   Such is the mindset of the man who has “progressed” to the sixth stage of apostasy. 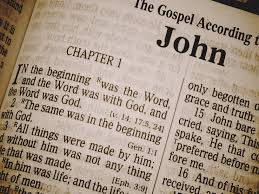 If the assumptions we made were correct, a person who is reckless enough to live his entire life in contradiction to His Divine Word must at the very least admit to himself the possibility that the Word was revealed by God.  “What if it is actually God’s Word and will after all?”  How does a person rid himself of this bothersome uncertainty?  Only by eradicating any idea of God, or by reducing this critical idea to a dead idol that is so unreal and powerless that it can no longer annoy him.
There is a day in the Jewish calendar, a day of fasting and mourning when we remember the destruction of the Temple and various other tragedies throughout our history:

Lamentations 1:1;8
How lonely sits the city That was full of people! How like a widow is she, Who was great among the nations! The princess among the provinces Has become a slave . . . Jerusalem has sinned gravely, Therefore she has become vile. All who honored her despise her Because they have seen her nakedness; yes, she sighs and turns away.

What is critical to bear in mind, however, is that the cardinal sin was not neglect of the Temple, its services, or its sacrifices.  The cardinal transgression was committed the moment we began neglecting the study of God’s Word.  The destructive ignorance of God’s Word combined with the willful suppression of the Truth of God’s Word, the corrosive ignorance which corrupts the mind and the heart, causing it to fall prey to error and delusion, to recklessness and unrestrained passion, is that which first sowed the seeds of our destruction the moment we determined to set our feet in slippery places. It is only a matter of time that such a man’s foot will slip and the resulting fall will be precipitous and permanent.
This was the destructive ignorance through which we allowed our minds and hearts to become preoccupied, preoccupied with every aspect of living, other than obedience and the fulfillment of God’s will as revealed to us in that Divine Word which we no longer thought was worthy of study.

Jeremiah 9:11-14
“I will make Jerusalem a heap of ruins, a den of jackals. I will make the cities of Judah desolate, without an inhabitant.”  Who is the wise man who may understand this? And who is he to whom the mouth of the LORD has spoken, that he may declare it?
Why does the land perish and burn up like a wilderness, so that no one can pass through?
And the LORD said, “Because they have forsaken My law which I set before them, and have not obeyed My voice, nor walked according to it, but they have walked according to the dictates of their own hearts . . . .”

Those of us who insist on walking in lockstep with the dictates of our own hearts, while neglecting the study of His Word, would do well to remember that the heart is deceitfully wicked and not to be trusted.  We would do well to remember that we are no match for the Adversary nor are we any match for sin which so easily entangles us.  How do we keep our way pure?  By meditating upon and hiding His Word in our hearts (cf. Psalm 119).

Telling The Truth IS An Act Of Violence

Every Villain A Sob Story

Editor’s Note. Go check out our buddy The Last Redoubt’s page. Lots of good stuff there.

A Short Sermon On Hate

Only through hate can we understand the profundity of love. Only through love can we grasp