It started with just a few whack job ultra leftist “professors” and “psychiatrists,” but now it is gaining steam in the more mainstream liberal hive mind. “Pedophilia is just another sexual orientation and the discrimination must stop.” This is the cut and paste formula that they used to normalize homosexuality and later transsexuality. Although the Slippery Slope argument is a logical fallacy, here we are. And as with the homosexuals and transsexuals that came before, you can expect that very soon there will be celebrities and politicians who will start championing for these “victims of hate.” After all, Hollywood and DC are rife with pedophilia.
And we must declare to them all: “You Shall Come No Further!”
Do not give this abomination a platform. Do not take the approach of “if it neither picks my pocket nor breaks my leg.” Do not allow advocacy. Do not allow champions. 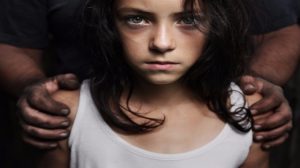 Can you imagine? You have a beautiful young daughter. She is the light of your life and your absolute joy. She looks like you, but acts like her mother. And she is friendly. Everyone dotes on her. And then one day, she catches the eye of some demon-possessed man who sees her as more than just a sweet child. He befriends your family. Gains your trust. Maybe he has kids of his own that he brings over to play. You begin to trust him. And one day you trust him with the care of your daughter. You drop her off to play while you run an errand. But when you pick her up, she is strangely quiet and distant. She doesn’t want to eat dinner. When you go to put her to bed, she tells you. Something bad happened. At first, you don’t believe it. Surely she just didn’t understand or made a mistake. You ask her again what happened, and the reality starts to set in. You see red. You rush out of the house. Your wife calls the police. In a full rage, you go to your friend’s home. You beat on the door. He answers, and you leap at him. You beat him until you can’t lift your arm. The cops arrive. And they arrest you. Your lawyer explains that as a protected class, the pedophile will not be charged with a crime, but you are being prosecuted for a hate crime.
Crazy? Surely this is the paranoid ranting of a far right religious lunatic. And I bet you never thought that a woman would face charges for defending herself from a violent Muslim rapist either. But it wasn’t that long ago that homosexuality and transsexuality were medically classified as mental disorders. And in all the left’s searching for a biological origin for these sexual orientations, no new evidence has ever been produced. The classifications just faded away, as they became more socially acceptable. And now the same people who made these perverts acceptable to society at large are starting in on making child molesters acceptable.
Not on my watch!
I can’t tell you to tar and feather anyone who advocates for pedophilia. I can’t tell you to lynch these messengers from Satan. But I will tell you to do whatever it takes to shut these people down. Hard. If there was ever something worth taking action against, it has to be this. We can’t afford to hope that reason or basic human decency will win in the end. We can’t trust in our leaders to make the right choices. Leaders change. And progressives are masters of wearing issues down inch by inch. But not for this. Never for this. They Shall Come No Further.

Gay Iconoclasm: Holding the Line Against the Radical LGBT Agenda