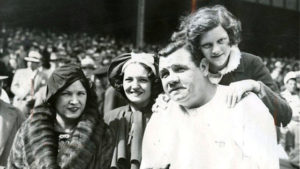 Situation: A man has basically given up on finding a wife, deciding that he was destined for bachelor-hood for the rest of his life. Our buddy,  Lupine Nobilus, gave this response, encouraging the fellow to reorient his thinking. We edited this, at Lupine’s request, to make it anonymous (as to recipient) and to clean up some of the language, but this advice is something that many of us need to hear, not only for this particular sort of situation, but at anytime we face obstacles and become discouraged. Read and learn.

I don’t mean for this to be condescending…nor is it belittling, as I do care for you and others in my circle.
Having said that, You’ve seen me, face to face, right?
I am a fat, twisted, awkward-looking guy that doesn’t fit any mold or stereotype. Between my scoliosis and facial problems, I put people on edge just by being near them.
My looks are my own acid test for people.
Hey, nowhere in my life was I told, “oh well you should be alone..sucks to be you.” If I saw a chick I wanted to take, I asked her out..
Was I denied? Absolutely, but I also got some really unexpected and fun nights from it, too,
I’m not cocky; I’m not brash, but I’m sure as fuck not meek either. I accept my differences and go the hell on.
Oddly enough, the chicks, and the women I dated, they did the same thing.
Also..just a tid bit – I never clung to anyone for fear of being alone (which is its own hell I’ve seen people sentence themselves to).
Every damn relationship I had, when it went bad, I ended it, because I wouldn’t settle for just “any thing.”
Now, what I was told was, “you deserve to be happy” and “never give up.” I also got this little tidbit from my dad, “you aint never going to get any if you dont ask.”
I sincerely believe God wants us to be happy, and while I think Genesis is more of an explanatory fable, I do believe the idea that God wants us to have a companion.
First thing though, is that you have to be content with yourself. You have to be solid in who you are, and believe in yourself enough to believe you are damn well worth the risk of failure.
Because what if you win? What if she says yes?
I learned long ago, don’t tell God what to do, and don’t write him off on your own loneliness and/or apathy.
So here’s the thing. As jacked up as I am, I truly do have an amazing wife that I wanted. I didnt settle with her, disabilities and all, because it took her living a life similar to mine to understand me.
One of my favorite people in the Bible is Gideon, and one of my favorite lines from that story is, “I am the least of my family.” Yet he was still smart enough and willing to act on what God told him.
I relate to that, and very much feel that way.
Why in the fuck would you think he would want less than that for you?