Part One
Part Two
Part Three
Weaver continues his polemic against the forces at work to destroy Western Culture by considering a common objection: “you can’t turn back the clock.” He argues that the destroyers see themselves as being subservient to time, living only in the moment, while those who adhere to truth hold onto timeless values.  In other words, if “time” dictates what is true, then the very concept of truth becomes meaningless.

Here we address ontological reality. This refers to what things truly are in their essence. This is opposed to the current relativism that permeates culture. The difference is that an object’s ontological reality is objectively true, while relativism argues that things  are only “true” in how we individually perceive them to be. At question is ultimate reality. Those who seek a “return” are not speaking of going back in time, but rather a return to a center – a return to what is actually true and foundational.
The argument is that the reason society disentegrates is because it moves away from that center toward the periphery, away from real truth, and becomes attached to “the moment,” where what is perceived as true shifts and changes with the ethos of the era. That shifting foundation will not hold and cannot support a culture. This destruction is manifested by a move from unity to individualism. The individual becomes overwhelmed by details of life, unable to navigate them.
Weaver provides a brief historical review of this shift. In the Middle ages, at the center of metaphysical truth was the philosophic doctor, who had a clear view of eternal truth. Toward the periphery of society were those who only learned skills or facts, but did not ponder the “big questions.”  Unfortunately, those in the center abandoned metaphysics and theology, and became detached from truth. Since the philosopic doctor no longer held to a center of ultimate, objective truth, he served no purpose and had to be replaced. The replacement was “the gentleman,” who was a secularized version of the philosophic doctor. With the loss of religion, training became the ground upon which society was built. The gentleman was an idealist, but lacking the deeper foundations of metaphysics. He focused on humanities and liberal arts. While not nearly as corrupted as modern man, he held to many of the earlier rules, such as chivalry and checking egoism, yet lacked the understanding that self-restraint is founded upon spiritual truths.
The gentleman class did provide for some measure of protection to society, though it had no defining ground for its authority. While not all gentleman lived up to the ideal, at least an ideal existed. In modern times, even this truncated ideal is in danger of being extinguished. The gentleman has been supplanted by politicians and entrepreneurs, highlighting the strength of materialsm in our culture. Weaver points to the War of Northern Agression (popularly called “The Civil War) as a great battle between the idealistic gentleman class and the modern materialists, with modernity winning.  Even in the South, which had previously been representative of the gentleman class, commerce and technology came to power. The gentleman still existed in weakened form, but was seen as eccentric and was misunderstood by the culture at large.
The final defeat of the gentleman came after the First World War, when gangsters, lacking moral codes and without inhibitions, came to rule. This is not only speaking of an underground criminal element, but of politicians, as well.
One of the key philosophic elements lost with the demise of the gentleman culture was a distrust of specialization. Before, authorities were 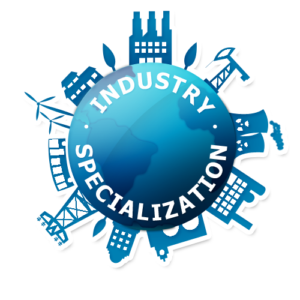 expected to be knowledgeable about many things, competent in them all. Afterwards, specialization came to the forefront. In olden times, leaders were ridiculed for focusing upon single topics, and were encouraged to have a broad knowledge of the world. That has ceased to be the case. Now specific and detailed knowledge about minutiae rules the day.
Weaver posits that the position, in this regard, of the philosophic doctor – and even the gentleman – was correct. The ultimate form of knowledge relates to man and his relationship with God and with other men. They did not seek deeper meaning in fleeing to the minute details of the physical world, but focused on ultimate reality. This is a debate between metaphysics and scientism.
The modern leader is no longer capable of philosphy, but has become a ridiculous figure. Sadly, this is encouraged by the powers that hold sway today. They advocate giving up considerations of deep, eternal truth, and focus on passing fancies. As the world lurches toward anarchy, this person tries to maintain his balance by focusing upon single, simple facts that have no lasting effect.
We no longer have truth. We have facts. This renders true knowledge unobtainable. Weaver reminds us that Plato warned that during inquiry, we have to consider whether we are moving toward, or away from, first principles (eternal truth). For the modern, there are no first principles.

Since liberalism became a kind of official party line, we have been enjoined against saying things about races, religions, or national groups, for, after all, there is no categorical statement without its implication of value, and values begin divisions among men. …this is a process of emasculation.

So modern man suffers from fragmentation, as everyone focuses only on specialized knowledge, with little understanding of generalized and eternal truths. This fragmentation drives man to obsess over individual parts. This gives rise to fanaticism. There, people begin to redouble efforts, with no aim in mind. It leads to the concept that if something can be done, it should be done. The means become the end.
Culture becomes unstable. “The fragmentary character of such thinking permits contradictions and sudden reversals, and these prevent emotional composure in the face of choice.” Since there is no understanding of the world as a whole, contradictions are irrelevant, as only the specific detail about an individual object matters in this perspective. That it may totally contradict what is known about every other object does not matter. So we have fallen far from the world of the philosophic doctor, and even from the gentleman. The specialist is inferior to both, as Weaver argues that such a person constantly borders on psychosis.
It is from this group that Weaver believes the world must be saved. We have a sore lack of wisdom and self-control. He uses the example of the Division of Labor to make his point. Multiple people work on a task, but none understand the whole. While there might be some economic advantage to this process, when it is coupled with the modern political bureaucracy, we get a frightening monster, capable of great evil.
For the individual worker, while the political order remains somewhat stable, he might continue to exist in a robot-like status, but when the system breaks down, the individual is forced to survive by his own means, and he is no longer equipped to do that, as he is now a specialist. He no longer knows how to think, much less understand what he should think. In other words, he is no longer a whole man.
Ultimately, Weaver, in this chapter, focuses upon the danger of specialization, which he terms as being of “the periphery” rather than the true center of reality. People too often react to sensations, instead of thinking about truth. For many, “the very possibility that there may exist timeless truths is a reproach to the life of laxness and indifference which modern egotism encourages.” So to return to an earlier point, the concept of individualism is anathema. To acheive a culture’s potential, individualism must be eschewed, and a return to unity (fraternity in the previous chapter) is in order. We whould be seeking to replace the specialist with the gentleman, with an eye toward the return of the philosophic doctor, who found his value in a generalized knowledge of metaphysics and theology. The danger, from a modern perspective, is that sacrifice will be involved, and we will have to give up many things that we might deem as indispensable. That is what he proposes to address in upcoming chapters.

Reflection
Again, Weaver has some good thoughts. Without a doubt, he is more anti-technology than I am, at least in my current state. He has some harsh things to say about capitalism in the book, and that grates on my long-held views. At the same time, his analysis of the root causes of the failures of modern society are correct. 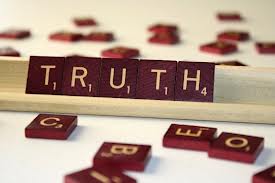 We have long since moved away from accepting that there are ultimate and objective truths. Society cannot long stand without that foundation, and the current tremors we feel are clearly related to that loss.
His views on specialization are also appropriate, as they show that we have little ability to be truly free, as we are bound by our specializations. If you spend all day doing one thing, and that is all you know, you are dependent upon the employer who pays you to do that one thing. If you lose your position, what else can you do? We need to develop a more generalized knowledge of the world, with that undertanding rooted in God and what he reveals to us as truth. Weaver is right that modern man is emasculated.
It is long past the time for Western Man to reclaim his manhood.

Some Advice To The Discouraged