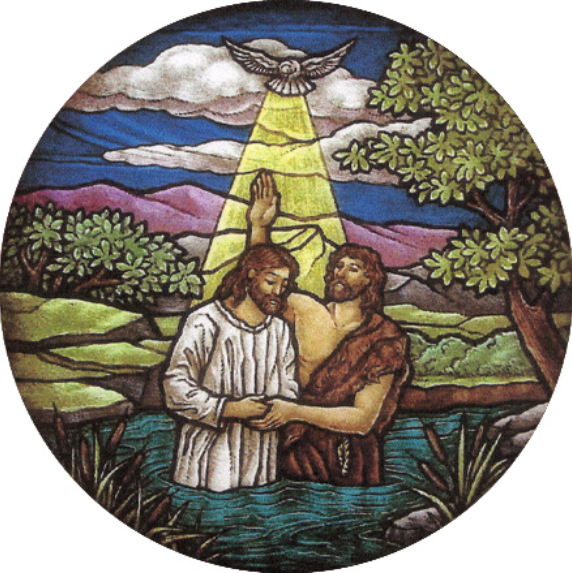 Editor’s note:  The following comprises the third chapter, second part, of The Gospel of Luke: An Exposition, by Charles R. Erdman (published 1936).  All spelling in the original.

_______________________________________________________
21 Now it came to pass, when all the people were baptized, that, Jesus also having been baptized, and praying, the heaven was opened, 22 and the Holy Spirit descended in a bodily form, as a dove, upon him, and a voice came out of heaven, Thou art my beloved Son; in thee I am well pleased.
_______________________________________________________
Why did the ideal Man, the Son of God, submit to the baptism of John, a baptism of repentance? Surely not to confess any sin of his own; but first of all to set his seal of approval upon the work of John and to attest the message which declared that repentance and confession of sin are absolutely necessary for all who are to share the salvation of Christ.
Then again by his baptism Jesus identified himself with his people, not as being sinful, but as doing what they were commanded to do and as sympathizing with them in their hatred of sin, in their distress for its burden, and in their hope and expectation of relief. Only those who sympathize can serve and save.
Then again baptism indicated that the penitent had broken with the past to begin a life of new holiness and obedience. So in his baptism Jesus was ending his quiet years of preparation in Nazareth and was about to enter upon the ministry of service and sacrifice which was to be performed in obedience to the will of his Father. It is for this reason that Luke, with the art of a skilled historian, first completed the story of John, the great forerunner, before mentioning that which in reality was the supreme incident in the career of John—his baptism of Jesus. That incident introduced Jesus to his public ministry and that ministry was to form the very substance of the gospel.
That the incident is merely introductory to his narrative, is evident also from the way in which Luke records the baptism. He does not describe the event. He merely mentions it to designate the time when Jesus saw the descending Spirit and heard the voice from heaven. The former was a symbolic indication of the power by which the work of Jesus was to be performed; the latter was a declaration that he was the Christ, upon whom rested the approval of God.
We are not to suppose that Jesus before had lacked the presence of the Holy Spirit, nor that he now assumed any new relation to his Father, but, as in baptism he had yielded himself to his appointed service, so now he was empowered for his task; as in humility he had identified himself with the sons of men, so now he was assured anew that he was the Son of God; as he had shown his sympathy with penitent sinners, he now was declared to be the sinless One in whom God was well pleased.
Thus with the followers of Christ, while all enjoy the abiding presence of his Spirit, yet, as they yield themselves anew to his service, they are filled anew with his power, they are strengthened for their tasks, and are cheered by a new assurance of their sonship and their acceptance with God. Luke alone mentions that this experience came when Jesus was in prayer. He realized that it was a time of crisis. Prayer is usually the condition of those heavenly visions and spiritual experiences which prepare us for our tasks in life.
(Go back to previous chapter)
(Continue to next chapter)

Soldier of the Night