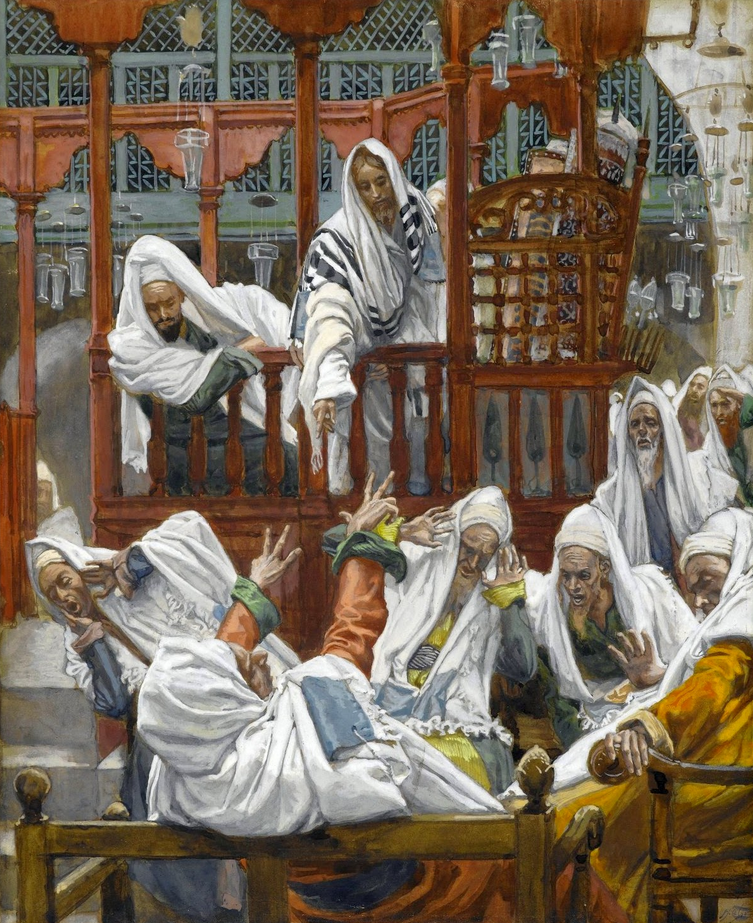 Editor’s note:  The following comprises the fourth chapter, second part (A2), of The Gospel of Luke: An Exposition, by Charles R. Erdman (published 1936).  All spelling in the original.

2.  Jesus Performing Miracles at Capernaum (4:31-44)
_____________________________________________________
31 And he came down to Capernaum, a city of Galilee. And he was teaching them on the sabbath day: 32 and they were astonished at his teaching; for his word was with authority. 33 And in the synagogue there was a man, that had a spirit of an unclean demon; and he cried out with a loud voice, 34 Ah! what have we to do with thee, Jesus thou Nazarene? art thou come to destroy us? I know thee who thou art, the Holy One of God. 35 And Jesus rebuked him, saying, Hold thy peace, and come out of him. And when the demon had thrown him down in the midst, he came out of him, having done him no hurt. 36 And amazement came upon all, and they spake together, one with another, saying, What is this word? for with authority and power he commandeth the unclean spirits, and they come out. 37 And there went forth a rumor concerning him into every place of the region round about.
38 And he rose up from the synagogue, and entered into the house of Simon. And Simon’s wife’s mother was holden with a great fever; and they besought him for her. 39 And he stood over her, and rebuked the fever; and it left her: and immediately she rose up and ministered unto them.
40 And when the sun was setting, all they that had any sick with divers diseases brought them unto him; and he laid his hands on every one of them, and healed them. 41 And demons also came out from many, crying out, and saying, Thou art the Son of God. And rebuking them, he suffered them not to speak, because they knew that he was the Christ.
42 And when it was day, he came out and went into a desert place: and the multitudes sought after him, and came unto him, and would have stayed him, that he should not go from them. 43 But he said unto them, I must preach the good tidings of the kingdom of God to the other cities also: for therefore was I sent.
44 And he was preaching in the synagogues of Galilee.
_____________________________________________________

The Sabbath at Nazareth is placed by Luke in sudden contrast with a Sabbath passed at Capernaum. On the former, as the story opens, Jesus was surrounded by his friends and townsmen; as it closes, they had turned into a fierce mob which was seeking his death. In the latter, as the scene opens, Jesus was faced by a demon; but as it closes, he was surrounded by an admiring throng who were eager to have him remain in their midst.
Jesus was again in a synagogue, and was awakening surprise by the character of his message. Unlike the teachers of his day, he spoke with authority instead of quoting reputed “authorities” as he unfolded the Scriptures. Suddenly the service was interrupted by the cries of a man who was possessed by an unclean spirit. Jesus rebuked the demon and compelled him to come out of the man. There can be little doubt that the evil spirit which Jesus thus controlled was an actual malign being who controlled the poor sufferer whom Jesus graciously relieved; yet such an “unclean spirit” is a type of the demoniac power of envy and of lust and of anger, and of the whole host of debasing passions from which Christ alone can give relief. 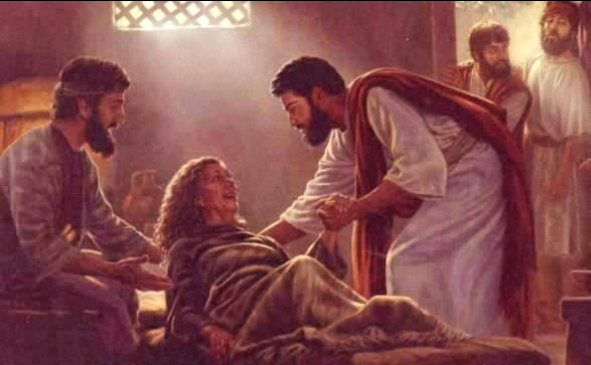 The second scene of this memorable Sabbath is in the home of Simon Peter; here by a single word Jesus relieved a poor sufferer from a severe fever. The cure was so instantaneous that the woman who had been sick immediately “rose up and ministered unto them.” It is probably true that in many homes there are those, not afflicted by the power of evil passions, who nevertheless are suffering from worry and anxiety and fretfulness and unrest and so are unable to render to others the gracious service which they might perform if they could but hear the quieting word of Christ and feel the soothing power of his touch.
The third scene is of peculiar beauty. When the sun had set a great multitude gathered around the home of Peter, attracted by the report of the miracle wrought in the synagogue. They brought with them great numbers of those who were sick or possessed by demons and Jesus healed them all. This is a picture which in reality is being reproduced to-day. Amid the shadows and mysteries of suffering and pain the Saviour is standing; about him are gathered those whom sin has stricken with its disease, the sad, the loveless, the lonely, the tempted, the hopeless, the lost. His touch “has still its ancient power.” In his mercy he is healing them all, and in joy they are going away.
The last scene of this group is at dawn the next morning. Jesus had withdrawn to “a desert place,” but the eager multitudes had found him and were beseeching him not to go from them. He reminded them, however, of the other cities which needed to hear “the good tidings of the kingdom of God.” Have all of us who have felt the healing touch of Christ something of his sympathy for those who have not yet heard the good news of his grace?
(Go back to previous chapter)
(Continue to next chapter)

Where Are The Strong, Confident Men?