A cynical political strategy misses the biggest point of all:

Getting rid of Trump means taking seriously “shit-life syndrome”—and its resulting misery, which includes suicide, drug overdose death, and trauma for surviving communities.
My state of Ohio is home to many shit-life syndrome sufferers. In the 2016 presidential election, Hillary Clinton lost Ohio’s 18 electoral votes to Trump. She got clobbered by over 400,000 votes (more than 8%). She lost 80 of Ohio’s 88 counties. Trump won rural poorer counties, several by whopping margins. Trump got the shit-life syndrome vote.

Bruce Levine goes on to explain how if the Democrats are going to beat Trump, they’re going to have to find a way to demoralize poor, working-class whites into staying home. For a political strategy, it’s cynically obvious, if heartless and cruel.
But something much deeper than politics is at work in our towns and rural areas:

For most of these low-wage workers, Hutton notes: “Finding meaning in life is close to impossible; the struggle to survive commands all intellectual and emotional resources. Yet turn on the TV or visit a middle-class shopping mall and a very different and unattainable world presents itself. Knowing that you are valueless, you resort to drugs, antidepressants and booze. You eat junk food and watch your ill-treated body balloon. It is not just poverty, but growing relative poverty in an era of rising inequality, with all its psychological side-effects, that is the killer.”

I would opine that finding meaning in life, if you’re looking for it in politics or economics, is a fool’s errand. This is true of both rich and poor.
For every poor white laborer that dies of opioid abuse there’s a Prince or a Michael Jackson* that beat him to it. For every bankrupt farmer that blows his brains out there’s a David Carradine hanging in a closet with a noose around his neck and his balls. Twitter is filled with past-date, insane Hollywood beldams** that are looking for meaning – or at least catharsis – that their money and fame can’t give them.
Our problem with a lack of meaning arises not because we don’t have enough money or enough stuff. It’s because we are looking for that meaning in ourselves and our physical surroundings.
Long before the “Me” generation, people knew that there is nothing good inside them. We have just recently forgotten and had to rediscover it the hard way. Long before we started to tell women they could have it all, we knew they could not. No one can. We lied to the naifs because they had household cash to spend. Now that they have re-learned the truth, they are understandably bitter.
We are animated meat puppets with a bit of poetry, whose lives are here today and blown away like the dried grass tomorrow. What does it matter if that life is 30 or 60 or 100 years long, if it is focused on a self that will perish? 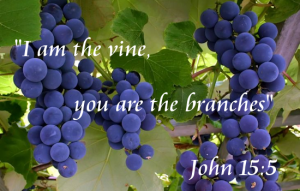 But there is One who is the Way, the Truth, and the Life we so desperately need. He whom we have collectively forgotten in our mad dash to find meaning in ourselves, waits patiently to give us that meaning. He wants to make us part of an eternal body, an everlasting movement of love and hope. He wants to give us so much meaning that we will have joy eternally.
But He will only do it on His terms. Seek Him while he may be found. Our Creator was not kidding when He said that apart from Him we can do nothing.
* Per capita, obviously.
** Probably driven that way through Hollywood’s sexual abuse factory, but still.

The Immortal Story of HMS Illustrious