I’m fixing to debag a few cats. Feminists. Gays. Minorities. Listen up, folks. No one else loves you enough to tell ya this stuff…
It is a perceived modern truism that fear and insecurity are the root of all of society’s ills. According to what passes today for conventional wisdom, sexism has its roots in male insecurity, racism is based on white ignorance (fear of the unknown), and anyone who dislikes homosexuality is labelled with a pseudo-psychiatric disorder (homophobia).
See? It’s all because of fear, and in every case, please note how the strong are scared of the weak.
I’ve dealt with race and what morons call homophobia in the past, so for today we’re gonna focus on sexism. In order to better frame this discussion, I’m going to go ahead and use the feminist definitions of the relevant terms.
Feminism: The belief in the superiority of women in all things.
Sexism: The equal treatment of women and men.
Now that’s out of the way, we can make some progress here. What inspired this little rant was the habitual hurling of insults from the feministas of the world. Whenever a man criticizes feminism, he is immediately dismissed. He’s only doing it because he’s angry because he can’t get laid. Interestingly, this is very similar to the way homosexuals immediately accuse their critics of being secretly gay. It’s doubly interesting when you watch well known feminists cry about not being about to get a man. 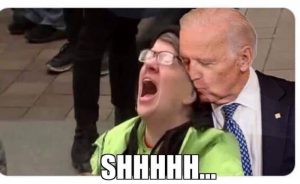 So… men who criticize feminists are just pissed because they can’t get laid… and we know men want to get laid… and we know that men who want to get laid, try to get laid… so… these men are trying to get laid by hating feminism. Right?
Wrong.
Listen carefully now darlin’ because this is the important part. Men who are being really nice and accommodating to you, are likely doing so because they want something from you. Men who don’t want anything from you, will simply be honest with you. Those of us who are happily married to beautiful women really couldn’t care less if you like us or not. So when you run your mouth about your idiotic political views, we point out the fact that said political views are idiotic, and often we do so very harshly.
That’s how boys play. We play rough. Go wipe your tears away honey, and try to remember how much you like equality.
So where does this stupidity come from? Pretty simple, really. Feministas, like gays, can’t imagine people being different from them. For all their bluster about open minds, when they are confronted with something that is legitimately different, they recoil in horror, and convince themselves it doesn’t exist.
Feministas think all women are just like them, and since they would never lay a particular guy, then obviously no woman would. Yet, there’s one other amusing aspect to all this.
See, conventional wisdom doesn’t just have it wrong. It has it completely back-asswards. Where in nature do we see the strong fear the weak? OK, sure, there is the insane elephant-mouse reaction, but such are the exceptions that make the rule. 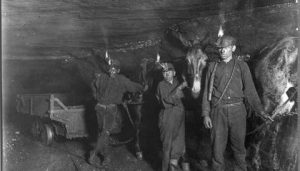 I ask you, really, who is acting insecure? Where on the internet do you find whole pages defending the accomplishments of men? Do you see men out there screaming that they are just as good as anyone else?
No. It’s the feminists that do the screaming. Wailing like menopausal banshees, as though through sheer volume alone they will achieve the sacred validation they so crave.
Well put a sock in it, sister. You wanted equality. You got it. It’s not our fault that you don’t like it.

The Meaning Is Not There

"The Death and Last Confession of Wandering Peter" by Hilaire Belloc