“A socialist advocates socialism because he is fully convinced that the supreme director of the socialist commonwealth will be reasonable from his—the individual socialist’s —point of view, that he 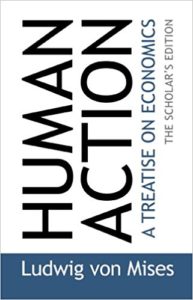 will aim at those ends of which he—the individual socialist—fully approves, and that he will try to attain these ends by choosing means which he—the individual socialist—would also choose. Every socialist calls only that system a genuinely socialist system in which these conditions are completely fulfilled; all other brands claiming the name of socialism are counterfeit systems entirely different from true socialism. Every socialist is a disguised dictator. Woe to all dissenters! They have forfeited their right to live and must be ‘liquidated.'” from “Human Action: Scholar’s Edition (LvMI)” by Ludwig von Mises

The power of the State will be aimed with laser-like focus at the things he finds offensive or broken and only those things.

Graced with an ego that far outstrips his meager intellect, the socialist demands flawed reality should bend to his will and be remade, perfect and whole, in his image. And this is to be done at any cost, through any means, as long as the socialist approves of those costs and means.

This doesn’t pertain to just the fedora-tipping neckbeards dwelling in their mother’s basements, this is the very definition of a socialist.

Locked arm-in-arm, they descend on a functioning society and begin to knock down the foundations, claiming through bullhorn and press mouthpieces this is done for the “Greater Good.” As age-old lessons are tossed aside for postmodern snakeoil the society crumbles.

“Not to worry,” says the socialist. “These are but growing pains. We need to crack a few eggs to make the New Man!” 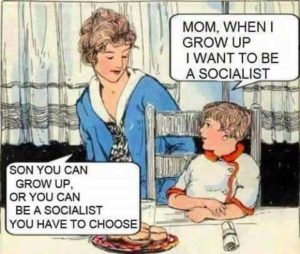 The gears grind slower and slower. That what once worked without conscious thought now demands constant attention or it stops functioning at all.

“Don’t worry,” soothes the socialist. “Smarter men than you have already figured this out. We just have to apply socialism more vigorously.”

The socialists are locusts, consuming everything in the name of the Greater Good, leaving nothing to the future. Soon, shortfalls loom.

“Not a concern,” says the socialist. “We’re just fine-tuning our central planning. Soon, there will be plenty for all!”

Starvation and death fall on the unfavored groups first.

“Well, they had it coming,” sniffs the socialist. “The State had to purge the ones holding back utopia.”

And when that is the norm, when everything normal has been inverted into a hellish landscape of broken morals and broken people living in dull terror of the socialist’s thugs and jackboots, when the gods of the copybook headings come again, the socialist simply shakes his head.

The Story of the Malakand Field Force (Part 9)

Hymn: Because He Lives