Unless you have had your head buried in the sand, you know that we are living in unique times – interesting times. Some bemoan that fact, but as Tolkien taught us, via Gandalf, “All we have to decide is what to do with the time that is given to us.” We do not get to choose the time in which we live, but we do get to decide what to do with it. 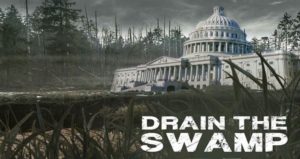 I recall that during the 2016 Presidential campaign, Donald Trump promised to “Drain the Swamp.” It was one of his most effective rhetorical images. It gave voice to what most Americans thought about the career politicians and bureaucrats that infest Washington, D.C. For the first time, we had a legitimate presidential contender who swore to clean house.
Honestly, who thought he would actually accomplish that task? Sure, he might want to do so, but any intelligent person knows how entrenched those hoodlums are. They have spent a lifetime burrowing in like a tick, and it takes more than mere rhetoric to dislodge them.
Compounding the problem is the fact that in the public eye, Trump was going this alone. No doubt, America supports this endeavor, but what does a plumber in Gillette, Wyoming, have to offer? Not much in this regard. He can voice his approval, but that won’t do much to senators, congressman, directors, and others in the capitol.
Arrayed against the newly-elected President were a host of enemies, including the majority of the Main Stream Media and the Entertainment Industry. Like a bulwark, President Trump continued to make his populist case for improving American culture. Every day, prominent “news” anchors, reports, pundits, and writers joined with Hollywood celebrities to denounce every move that Trump made. Together, the media, entertainment industry, and political insiders form a sort of three-legged stool that pushes leftist dogma, communism, totalitarianism, and atheism. How could he possibly drain the swamp, with such a host of enemies?
Now, I am not saying that this was all Trump’s doing, nor that I have the full answers as to how and why it has happened, but it is awfully coincidental that in the past weeks we have seen a plethora of these opponents brought down in disgrace. Harvey Weinstein? Gone. Kevin Spacey – an Oscar winner? Gone. These are just a couple of the prominent Hollywood Leftists that have not only been silenced, but totally shut down, careers ruined, and rightfully so. We have only seen the tip of the iceberg of sexual misconduct in the Entertainment Industry, and more and more of these jokers are getting their comeuppance.
We are also seeing some of the most prominent liberal media figures also being humbled. Matt Lauer? Done for. Charlie Rose? Finished. These are prominent names, 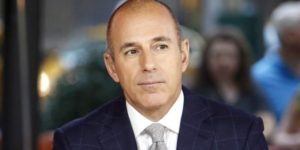 but many of those who drive the news media, behind the scenes, are also being pummeled. Here is a list, provided by Breitbart, that currently has 19 media figures who have been shut down. Note that this list does not include the Hollywood folks. This is just news media, and the list is continually growing.
Oh wait, there’s more. How about those who are part of the Political Establishment? The longest serving congressman in the House, John Conyers, is under siege for sexual misconduct. Al Franken (who fits both entertainment and political areas) is also under fire for inappropriate behavior. In fact, there are 260 instances where a “hush fund” was used to silence those who charged congressional members of misconduct, of one kind or another. Again, there is more to come on this front.
So where is this going? I have no magic crystal ball, but we are seeing this three-legged stool of Swamp Creatures being overturned. Is Trump somehow behind all of this? I have no idea, but my gut says that even if he is not directly behind it, he has opened the door that encouraged others to come forward and say something.
My guess is that we will see the Swamp drained. Whether it is from more of these accusations or from establishment figures being defeated electorally, 2018 promises to be an entertaining year, and I predict that one year from now, things will look much different in Washington, Hollywood, and in the Media. Will it all be good? No, of course not. Will there still be challenges? Absolutely.
But for the first time in my memory, we are seeing a tidal sea change taking place and that can only be good for Men of the West. That three-legged stool is not nearly as sturdy as the enemies of the West thought.