Author’s Note: If for some reason, you have been living under a rock and have not seen the John Wick films, understand that there might be a few spoilers below. I highly recommend watching the first two films before reading this article.

Two years ago, I wrote one of my more popular articles for this site: Keanu Reeves – Gen X Icon. My wife and I had gone to see John Wick: Chapter 2, and were eating dinner afterwards, when the idea for that post came to me. We already have our tickets for John Wick 3: Parabellum this Friday, and I have another article idea percolating, but I have to actually watch the movie to see if it will work. I mean, I can do the article anyway, but I want to use the movie as the subtext for my points, and after watching the trailers for the movie, I think it is going to be fine, but I need the specifics.
This post is just a teaser. It is something to think about, and regardless of how the movie idea works out, it is worth considering.

I am not going to recap the evolution of Reeves’ movie career and changing characters. Go read the original for that. This is focused solely on the John Wick franchise, where we see the Gen X/Reeves identity, as it currently exists. 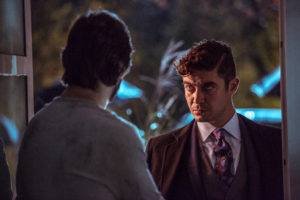 Some of these analogies may appear forced, and to some degree that might be accurate, but I still think it works on the whole.

As I watch the John Wick movies, I see four groups of people: 1. The Establishment; 2. The Older/”Honorable” Assassins; 3. The Younger/”Dishonorable” Assassins; 4. Regular People. For our purposes, group 4 is not relevant, beyond recognizing that they exist. These are the people in the background, and are not really involved in the narrative, beyond the fact that they are indirectly influenced by what happens. I would equate this group with most people. Few are actually involved in the action. They are just going about their sad, boring lives. So we won’t really discuss them much.

Those first three groups, however, are relevant:

It is a good metaphorical look at the interaction between generations. Note that by the end of the second film, John Wick has thrown caution to the wind and defied both The Establishment and the desires of the younger group. He has moved beyond the rules, following his own path.

Now, you might wonder how he might be different than the younger assassins, if he is no longer going to follow the rules, but the dichotomy is clear. John Wick has earned his place. He is not called “The Boogeyman” for nothing. His name is invoked with whispered fear, with the tales of his accomplishments spread far and wide (did you know he once killed three men with a pencil?). In fact, Abram Tarasov points out that, “the stories you hear about John Wick, if nothing else, have been watered down.” On the other hand, the younger folks have not earned their positions. They have not worked for them, but just assume their importance and status. It is typically Millennial.

Now, where am I going with this? 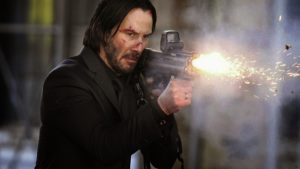 Gen X is exactly in that position. For our whole lives, we have followed the rules. “Go to college and get a degree, so you can have a good job.” “Don’t rock the boat. Just do what you are supposed to.” “Work hard and earn your way. It will pay off in the end.”

Of course, while we love to beat down Boomers, they at least worked hard. Sure, they are convinced that the world couldn’t spin without them, and they had idiotic grandiose plans for us all, but they did work hard to realize those dreams, as misguided and stupid as they are. Millennials, on the other hand, just assume their self-worth, based upon nothing beyond their existence. They have no idea what hard work is, as they have never done any of it.

Gen X has been caught in the middle. For most of our lives, we just wanted to be left alone to do our own thing, just like John Wick. He wanted to live a normal life and followed the rules to acheive that goal. Then The Establishment and Younger Cohort dragged him back into a life he did not want. He tried to work within the rules to reestablish his own personal sovereignty, but was denied. So as we begin the third movie, he has moved beyond rules. Gen X is the same way. We played by the rules, but those rules turned out to be unsatisfactory and unworkable. If you think we are not at that stage, note this tweet from Kurt Schlichter:

Did you know you have no moral obligation to respect, defer to or obey any law that violates your natural rights?

In fact, you have a moral obligation to oppose such tyranny using any means you choose.
Liberals will lie to you and tell you that you do not.
Screw that noise.
— Kurt Schlichter (@KurtSchlichter) May 15, 2019

So we are going to burn the house down. Stay tuned, as early next week, I hope to post my follow up, using the third film as analogy. I think I know what is going to happen, at least in generalities, and if I am right, this should work well. If not, well, I am a Gen Xer. I can adapt and overcome, since that is what we do. Just watch the John Wick movies to see how that works.

“A Marriage Song” by G.K. Chesterton

Friday Music: A Bridge Too Far