Far too long ago, I did a quick intro to logic.
Let’s talk about valid forms. This is a longish read for our dopamine addicted society, but I have faith in you, reader, that you can handle this just fine. 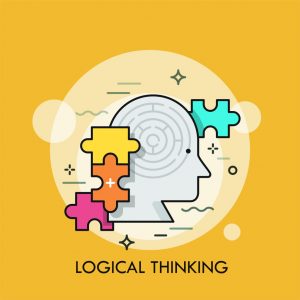 With so many things, there are a lot of wrong ways of doing something. And I mean a lot. The more specific and precise you need to be, the more ways of going wrong there are.
When it comes to propositional logic, there are certain forms, or patterns, that are logically valid. (Side note: valid doesn’t mean sound. I’ll get to that in a bit.)
1. Modus Ponens (Latin for “mode that affirms”)
This is the easiest to start with.

Toldja that was easy.
2. Modus Tollens (Latin for “mode that denies”)

That’s the first two basic valid forms.
And both of them are where many a logical fallacy happens.
Fallacies
A fallacy is, in short, an invalid form of an argument. The premises and conclusion might all be true, we just can’t tell logically if they are.
1a. Affirming the consequent
This is an invalid form.

There are other reasons why I suck besides a broken controller.

All of these are true, but the form is invalid so we can’t logically come to the conclusion. Hillary’s and the Fed’s evilness aren’t necessarily tied together.
2a. Denying the antecedent.
The invalid form is:

If A, then B
Not A
Therefore not B.
If it rains, then the streets will be wet.
It didn’t rain,
therefore the streets won’t be wet.

Well, no. The streets could be wet from road cleaners, or a burst pipe, or a flood upstream, you get the idea.
Here’s one I’ve seen far too often.

Alright, we’ve covered two of the most commonly used forms and fallacies. There are more valid propositional forms which I’ll tackle in a future post.
Soundness
Logic, like math, has a unreasonable affinity with reality. But there’s a slight catch here, an argument might be valid in form but not sound. That is, not all the statements in the premises are true.
Took a look at this argument:

All moops are floops.
A doop is a moop,
therefore a doop is floop.

This is valid but it’s not clear if it’s sound, because no one knows what doops, moops, and floops are.
Let’s refine the error.

Alright, I hope everyone can see the Modus Ponens form here. This argument is valid, but it’s not sound. We know that in this world birds can’t snorkel, no matter how many of them fly.
Here’s another one.

Again, it’s a valid form, but it’s not sound. At all. It’s unsound in more ways than one, in fact.
Conclusion
To recap: a good argument has to be valid and sound. We’ve looked at two valid forms and their invalid counterparts, aka fallacies, and we’ve looked the difference between sound arguments and unsound ones.
Further reading here for the curious.
See: https://infogalactic.com/info/List_of_valid_argument_forms
I promise that someday before the Sun burns out, I’ll tackle more valid forms and fallacies.

"Bake Kettle" Or The Dutch Oven