Editor’s Note: We offer another post by our friend, Jaspar Thorsson. A newly married young man, Jaspar is truly a Man of the West.
Recently a friend of mine was having a conversation about habits to become more productive and increase his capabilities. He said, “You know, I should take up golf…” and began explaining how golf is productive and why many rich and important people play golf over other hobbies. My train of thought stopped there, though, locking onto the idea of leisure time: Does it negate the whole idea of “leisure time” to have it be productive?
According to the dictionary close at hand, leisure time means “free time.” Full stop. The subsets, however, reflect the great cultural gap that conservatives have allowed themselves herded into: I grew up in the Midwest, where among the farming folk there remains a predisposition to the second of these two, whereas media portrays “cool people” as using the first definition:

Subtle difference, yes. The chief difference is that the folk of the city—fashioning themselves after the fabled Kamasutra-dream of becoming the man-about-town—are mentally chained to chase after the vogue, the latest entertainment, the most enjoyable moments whereas the practical, in-touch folk of the country can indulge and turn to useful free occupation just as easily. This difference is magnified by the economics of globalization, sucking the easy wealth to the cities while depressing small towns and countrysides the whole world over: As the economics of a harder life kick in, maximizing your leisure becomes more and more appealing. Historically this has been the division, and you can see this in modern Western countries very easily: Folk of the big cities and folk of the “flyover country” having very different views on free time. No matter where you live, choose to leave the dream of Eden: Choose to be Western instead of Eastern.
One of the first non-Mesopotamian Empires in the world was China. What did they do to impact human history? Very little; in the end, they can be summarized by this: They sent out great ships to give valuable cloths, ivory, and metalwork to the nations around them so that their neighbors would recognize their power and wealth and give them honor and glory for the largesse. Another translation: They used their dominance to make themselves feel good instead of investing further in their own advancement; they entertained themselves instead of continuing to advance. Looking at the general culture, the West has allowed the Eastern entertainment lifestyle to dominate and supplant the pioneering and civilizing nature of productive leisure, ranging in the USA from coastal inventors to Appalachian brewers to Midwestern woodworkers and clothiers; now, the pop culture revolves around movies, music, and meddlesome pressuring of one’s alienated neighbors through picketing and coercing governmental regulation both local and federal.
This dusty principle of Western thought, going out to conquer something in your free time—most importantly one’s self—leads to a strong and stable culture that is in touch with reality and itself whether the culture be your personal culture, your family and community, or something as wide as a state for the very influential. So, for those of you out there who mirror my friend’s interest in lashing your leisure to your plough and making your life better and not merely more bedazzled by professional entertainers, here are the steps you can expect to go through when you make the choice to turn the corner to productive fun:
1) You’ll feel tired; learning something new, trying to focus and engage where you were used to zoning out and half-resting. Chances are your focus is a bit atrophied if you came home and vegged out in front of the TV with your free time, and you rarely would enter a natural state of rest because of the unrest of entertainment. This will also affect your sleep: You’ll have a harder time sleeping, alternating between deep and heavy nights wake-up-dazed mornings and fuzzy nights, fitful, dreamful, tiring nights while your brain resets to being used during your waking hours instead of dozing off. On the upside, these effects are temporary and your sleep will become better than ever as your biology learns to sleep while you are asleep. This means less zoning out in class, less dopey midmornings, less yawning in meetings as your head grows used to working while your eyes are open.
2) You will feel younger. You’ll feel a slim, breeze-like energy build in you as you rest and recharge and fall into a rhythm. You’ll feel quicker and sharper little by little. More of your personality will become visible as your mind is freed from your lethargy and you may start getting comments from people that you’ve changed. You will have. This is a mental shift, perhaps even a spiritual one, a fundamental change to your life from consumer to investor in yourself—instead of being on the sidelines you will begin understanding what you can offer those around you and what you’re worth, especially if you take up a hobby where you are selling, gifting, displaying, or offering your services as you improve. I haven’t talked about moneymaking or money-saving potential because this is a hobby article, not entrepreneurship advice.
3) You will feel a hunger that grows continually. You will start to crave your awesome sleep and your productive, ego and emotion-boosting leisure time. Whatever programs you may have been eager to download before, be it video games, HBO, movies and Netflix, it will pale compared to the dismay when you fall off the wagon and you go back to being slow. Your mind and body will both hunger for more growth and improvement. The leisure time boost has become a way of life, and the sharpness released in the previous stage will unlock on deeper areas of your life. You will see an increased drive to live the way you want, to achieve your goals, to do something when you lack power in an area of your life. Your need for a particular activity will diminish as your positive drive to accomplish goals and be a useful force in your world, to be a sincere and present builder instead of a slack-eyed consumer. 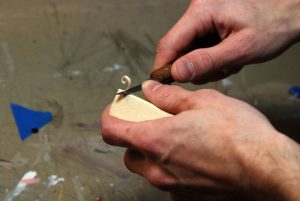 There is no single activity I would recommend, but reading is not a hobby; it is a skill. Consumptive versus Productive reading is very easy to see: Are you doing anything, writing anything, conferring with friends over your readings and sharing meaningful discussion, taking notes and sharing your findings, writing a review on a blog…or just dreaming? I have inspected a variety of different hobbies and these are the effects I have observed of those which are taken in a productive mindset, even golfers. Watching your mastery grow is one thing, but finding a good metric for your growth allows you to measure your added value: Finding a mentor for your new craft, engaging with the public by selling the flowers you grew, starting the hobby with a friend and having a soft competition with them…you have many options. You can also see the nexus this creates with building a community around you and enriching your friendships, also critical elements in Western ideology. We will not overcome the sneering chains of Globalism and anticulture without becoming strong: Maximize all your time—It is still fun, after all. Switch into higher gear with your life today.

And So It Begins

Was Washington A Prophet?