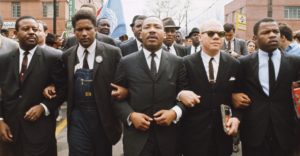 In 1963, Dr. King and others led a march on Washington. Shortly thereafter, the United States had the Civil Rights Act of 1964. In 1993, homosexuals took to the streets to march for equality. Soon, we were subjected to an increase in homosexuality as “mainstream” in media and law.

I could go on listing famous protests, such as the Anti-war movement during Vietnam, etc. In almost every case, these active protests resulted in the diminishing of Western Culture and the rise of godlessness and failing governmental policies that exacerbated the problems, rather than solving them.

There is no shortage of protests going on now, as well. We have the David Hogg-led protests against the Second Amendment (specifically focused on the NRA) and even Laura Ingraham, the talk show host. For a couple of years, Antifa was making lots of noise by protesting. And yet, these modern protests have not had the same success as those of yesteryear. I have to wonder why.

Without a doubt, modern protests simply do not produce the same results as those earlier endeavors. Hogg’s protests led to a huge growth in NRA membership, a record turnout at their recent convention, and a backlash that the youngster did not expect. His attack on Ingraham cost her a few sponsors (many of whom soon returned), but ultimately led to a rise in her ratings. His protests were a spectacular failure (not that he is not still trying. Maybe he can denounce Men of the West, as we would probably see a huge growth in our readership). 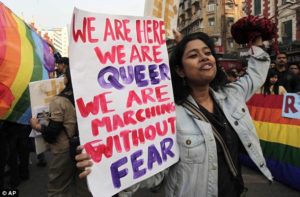 The Antifa protests were loud and got lots of media attention, but they accomplished little, except for marginalizing their movement. You can read about some MOTW interactions with them here.

There are probably many reasons, to be honest. Some of those earlier protests did address real concerns that affected the culture. We may agree or disagree with how things were handled, but they differ in scope from most modern protests, which unabashedly push the Social Marxist agenda. (Yes, I realize many of the earlier protest did as well, but they at least hid that purpose from public view, focusing upon the specific topic: equality, etc.). Modern protests do not hide anything. They are coming for our God-given rights, and do not even try to hide it.

One main reason for this change in results comes from who is leading the culture. Back in the 1960s-2000s, we had members of the Greatest Generation, Silents, and Boomers in charge. These folks either led the protests themselves or acquiesced to the demands. I am not from those generations, so I can’t get into their heads to know why, but it seems that Boomers tend to have grandiose plans to “save the world,” while the two older generations, acting as enablers, just accepted the proposed changes. Maybe they thought it would help. Maybe they had spent so much time babying the Boomers, as they grew up, that they just followed through out of habit. I really don’t know.

What I do know is the Gen X just doesn’t care about that pie in the sky crap. As a generation, we care about results. Most of us have an affinity for truth and getting things done. We realize that there is no such  thing as natural equality, so it is stupid to try to force it on a society. Trying to enforce equality leads to micromanaging, which leads to bloated bureaucracy, which leads to diminished returns and wasted resources. We hate that. We want to see a culture in which the largest number of people possible have the best opportunity to succeed. That result is best achieved by more freedom, not more heavy-handed intervention.  We see how those earlier protests, successful in their aims, led to a weakening of Western Culture. And with that in mind, we see that modern movements simply want to continue leading us down the path to destruction.

You can cry and moan. It is your right. Feel free. Just don’t think it will elicit any sympathy from us.

Recently, my son and I were in the waiting room in a doctor’s office. My son had on a pair of socks that featured Pepe the frog. A Boomer in the room came over to my son and told him that Pepe was associated with “some racist groups.” How did we respond? Smiled and said, “We don’t care.” The Boomer got red, harrumphed, and stomped off like the overgrown child he is. This is a microcosm of how Gen X responds to these modern protests. We. Don’t. Care. 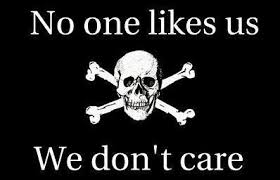 Our focus is on salvaging what we can of and for Western Civilization. Our “movement,” which is not really an organized thing, but simply a generation of people who are tired of seeing their culture destroyed, have put N.N. Taleb’s Antifragility into practice (even if most of us don’t even know who he, or what it, is). The more the Social Marxists press, the stronger we become. We benefit from the stressors. If you doubt that, ask the NRA or Laura Ingraham.

We spent our childhoods being formed in the context of dealing with stressors, and so we naturally adapted our worldview and skill set to turn those potential damaging events into positives. So keep it up, leftists. You are only making us stronger and more quickly assuring our victory.

The Story of the Malakand Field Force (Part 8)