Quick, girls! Name a movie guy that made ya swoon.
Of course, we need not wait for the results. We all know who will make the list. There is always the oddball chick who convinces herself she’s supposed to like feminine men, but the vast majority of women will name actors and characters from guy movies.
Quick, guys! Name a hot chick from the movies! 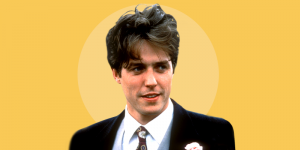 Again, we don’t need to wait for the results. Not surprisingly, chicks from guy movies are far more popular than chicks from chick movies.
But… Why?
Aren’t guy movies dumb? Aren’t they about blowing stuff up and shooting people?
Yeah. And?
It’s pretty simple, really. Women are portrayed very well in guy movies. There is almost always one incredibly hot chick character purposely designed to be so perfect that any male would kill or die for her. This of course explains a certain percentage of the killing and dying in most movies. She’ll be hot, honest, fun, totally loyal, and she’ll have guns and like football. She’ll be your best friend with a great set of boobs. Interestingly, most women would love to see themselves this way. The ones that do find themselves quite popular with the males of the world and married at a young age. 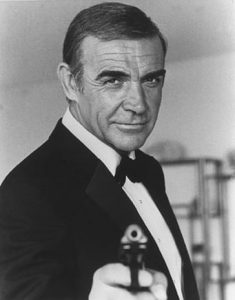 Contrast this with chick movies. The chicks are never hot. They are always on the verge of the same kind of life-changing experience that we in the real world call a “nervous breakdown.” The men in these movies are universally weak, or on the rare occasion, average. The ‘good’ man in the movie, if there is one, is always the one that submits to the women. Women who relate to this garbage will convince themselves they want a submissive man, and they will then dominate his life, until they lose all respect for him. Finally they blame him for being weak and making them miserable.
This just in!!!
Women don’t think submissive, weak men are sexy!
Chicks dig men. They are at their purring, contented peak when confronted with men doing explicitly man things.
There is no question that Hugh Grant is prettier than Sean Connery. The point is, despite what Cosmo says, chicks don’t want pretty.

Adventures With A Scythe