We have posted many pro-Gen X articles here. In fact, I wrote many of them. You can see some examples here and here. A big part of our perspective, inherent in our argumentation, is that Gen X (and later generations) must fix the crap that the Boomers are leaving to us. So yes, you see lots of hate directed toward the Boomers, as was presented by Kurgan in yesterday’s post.  So why do we rip on the Boomers so much? That is pretty easy to explain. 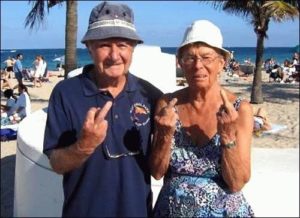 First, recognize that it is not only the Hard Right that has this view of the Baby Boomers. Even younger Leftists hate them. Just see this article from a few years ago, written by a tree-hugging, Obamacare-loving Leftist. Pretty much everyone, except Boomers themselves, has judged that crooked, perverse generation and found it lacking in every arena of life.

So let’s look at some specifics, as perceived by those of us from Gen X that find ourselves as part of the Hard Right. Realize that this is not an exhaustive list. It is only representative. This article could be much, much longer.

We fully understand that life was not perfect in the 1950s, but there was some semblance of normalcy and decency. By the 1960s, the Boomers had turned it all on its head. What had once been proper was now rejected. Suddenly, evil was embraced by the mainstream, and then projected onto society. What had once been considered abnormal and degenerate was suddenly promoted. It is horrible. And Boomers did not grow up and realize the folly of their misspent youth. No, they doubled down on it, and even in old age continue to push this crap.

So yeah, we hate Boomers. Any good and decent person should. It is time for them to go.

Video: Preparing And Planting A Bed Of Corn

Friday Music: Once Upon a Time in the West