Editor’s Note: This is our final installation of the classic story, Charles Dickens’ A Christmas Carol. It’s a story most are familiar with, but few have actually read. It’s an excellent tale, and a great chance to spend some time with your children, as you retell tell this classic to them. The first four weeks will be longer, which may take a few readings to get your little ones through, but Christmas Eve will be a short and easy read, perfect for ending the day and settling the youngsters down on the most exciting night of the year.
Be sure to start from the beginning with our previous installments. Click here for Part 1  Part 2  Part 3  Part 4 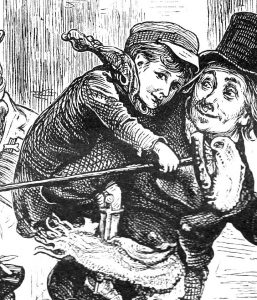 Patton's Christmas Message To His Troops