The Balkans in World History.  Andrew Baruch Wachtel.  New York: Oxford University Press, 2008.  125 pp. $19.95. ISBN 978-0-19-533801-0
This book is one volume of the larger New Oxford World History, which attempts to provide a more comprehensive look at the world, one that is less Europe/North America-centered. As such, this volume, though focused upon European regions, covers the relatively understudied Balkans. Wachtel highlights the region’s history as a borderland between Europe and Asia, as well as a crossroads and “melting pot” of cultures (p. 1). His general approach is chronological, providing succinct chapters on different epochs: Pre-history to Byzantium, the Medieval time period, Ottoman rule, the awakening of nationalistic ideas in the nineteenth century, concluding with a treatment of the twentieth century. In this manner, Wachtel displays the region’s importance in world history, as the area in which four great civilizations, and religions, overlapped: Pagan Greeks and Romans, Orthodox Byzantium, Muslim Ottomans, and Roman Catholic Europeans. Each of these civilizations left an indelible mark on the region, producing a hardy, resilient, complex, and sometimes violent people. Wachtel traces the development of the region from the first historical records of tribes that moved into the region, subservience to empires, through the rise of nationalism, to his prediction that those nationalistic tendencies will disappear, as the Balkans are absorbed into a homogeneous European mixture. He attempts, successfully, to show that the complex region is actually defined by tolerance, not hatred and violence as is often assumed. Amazingly, this is done in only 125 pages.
While heavy with useful information, the book is very easy to read. There is little filler material, but the prose is simple and clear. The organization of the book is natural and coherent, allowing the reader to follow the development of the region from the viewpoint of the Balkan people. That is no easy task, as there are a multiplicity of ethnic groups, with different religions, in the area. The ability to create a clear and concise history of such diverse subjects as Albanians, Bosnians, Bulgarian, Serbs, and more is a valuable skill, which Wachtel wields effectively. The artwork, images, and maps help the reader to understand the history that is being presented. In addition, he includes quotations from great Balkan authors to illustrate his points. The art and literature supplement and complement his narrative prose well. 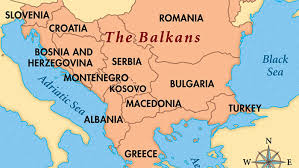 While none of the chapters should be considered comprehensive, they serve as an effective starting point for research. A new student to the field would find this work invaluable. The sensible organization of the book allows for systematic study, allowing the student to avoid being bogged down in copious amounts of trivial information. Wachtel focuses upon the “big” events and historical issues, allowing the details to be developed elsewhere. In spite of the lack of exhaustive coverage, Wachtel’s greatest strength here is that he moves the reader into a deeper understanding of what it means to be Balkan, going beyond a simplistic and superficial comprehension. The discussion of the nineteenth century was especially helpful in this regard, as this was the time that the individual nationalistic tendencies were brought to the forefront, with encouragement from other European powers. It was this period that has had direct impact on world history in the past century, from the instigation of World War I to the Bosnian Wars of the 1990s. Wachtel has provided the reader with a framework from which to understand these events, from a Balkan perspective.
There is a fine bibliography provided for more detailed research, which is helpful, as is the brief chronology. Wachtel also provides a list of websites that one could find useful. Of course, web addresses have a tendency to change regularly, and it is to be expected that the ones provided have a limited shelf life. Another concern is that due to the brevity of the book, there is little interaction with other scholars. It would have been helpful to see his thesis compared and contrasted with other experts in the field, allowing for a more rounded understanding.
While it is a strength to avoid trivial details, this also limits the effectiveness of the book for detailed research. The book serves as a great introduction, but is not useful for deeper study. It does provide the necessary framework for a proper study of the Balkans, but much of the body of the research must be added from elsewhere. If the student encounters a specific topic that needs to be examined further, the book simply does not allow for that possibility. Because of the limited nature of the work, the endnotes are scant. It would most likely serve as a complementary textbook, rather than a primary textbook for classroom use.
The book is strongest when discussing events further away from the present. As Wachtel’s narrative draws closer to the present, his own bias creeps in, allowing for his predictions, which are hardly set in stone. Luckily, for the reader, this all occurs in the last few pages of the book, leaving the majority of the text to be untainted. For all of his argument that the Balkans are not monolithic, he assumes that the rest of Europe is monolithic in those final pages, and that the Balkans are being absorbed into that monolithic identity (or non-identity). This seems to run counter to all of the historical data that he reported throughout the entire book. The Balkan people remained distinct through thousands of years of history, surviving and prospering through various empires and religious persecutions. Wachtel’s prediction of the demise of the various Balkan identities seems premature, if nothing else. Finally, as part of the New Oxford World History series, it would have been beneficial to connect the Balkans to the larger world more effectively. Wachtel tends to discuss the Balkans without showing how they fit into the larger context.
Regardless of minor shortcomings, Wachtel’s book is a fantastic addition to any library shelf of those interested in learning about the Balkans. New students to the field will benefit the most, but using this work as a springboard, any student of the Balkans can benefit from its contents. Using the resources provided, one could develop a very keen understanding of the historical setting and events of the Balkan region, providing for a good comprehension of current events and what led to them. This book is highly recommended.