Editor’s Note: We share another thought-provoking article from our buddy Adam Piggott.
Since the beginning of the dedicated and coordinated liberal assault on Western Civilization in the 70s, the limp and ineffective conservative defense has often withdrawn to the last bastion holdout of the slippery slope argument. Conservatives argue that by beginning the process of dismantling a protective trait of our society then we risk opening Pandora’s Box to a host of unintended consequences. This is best summed up by the fallacy of Chesterton’s Fence:

In the matter of reforming things, as distinct from deforming them, there is one plain and simple principle; a principle which will probably be called a paradox. There exists in such a case a certain institution or law; let us say, for the sake of simplicity, a fence or gate erected across a road. The more modern type of reformer goes gaily up to it and says, “I don’t see the use of this; let us clear it away.” To which the more intelligent type of reformer will do well to answer: “If you don’t see the use of it, I certainly won’t let you clear it away. Go away and think. Then, when you can come back and tell me that you do see the use of it, I may allow you to destroy it. 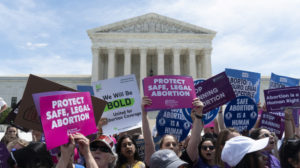 What conservatives never understood is that the prog left have always had the unintended consequences very much in mind.
An example of this is the recent proposed expansion to the Australian anti-discrimination laws.

Anti-discrimination laws proposed by Victorian upper house MP Fiona Patten have been ­described as “section 18C of the ­Racial Discrimination Act on ­steroids” that will turn the state into a “circus for culture wars”, ­ free speech advocates say.

In an Australian first, Ms Patten wants to broaden the Racial and Religious Tolerance Bill to provide protections for people vilified on the basis of gender, disabil­ity, sexual orientation, gender identity or sex characteristics, outlawing actions that are “likely to incite hatred” or “severe ridicule” …

… Mr Limbrick said under Ms Patten’s amendment, “Victorian judges may soon be forced to decide if using the wrong pronoun to describe someone is hate speech, feminists could be jailed for tweeting about men, and the government will have the power to trawl through your internet history”.

Ms Patten said her legislation was intended to extend the protections granted to racial and religious minorities to other groups facing online abuse, citing the cases of Adam Goodes and AFLW star Tayla Harris. “It’s not right that Adam Goodes, because of his indigenous heritage, is protected … but Tayla Harris … subjected to sexist abuse, is not.”

In other words, no end game.
Fiona Patten is an ex-whore who was elected to Victorian parliament representing the Reason Party which used to be called the Australian Sex Party. In other words she is a minor back bencher who should have no authority whatsoever, but she is a useful socialist pawn that the premier can use to further his own socialist agenda.

We’ve polled better than the Greens did in their first federal election and believe that our vision of Australia as the most socially progressive country in the world is equal to the Greens’ environmental messages of 20 years ago.

That the proposed amendment is completely Orwellian in nature is not in dispute. That it would completely shut down any resemblance of free speech in the country is also obvious to anyone with half a brain. But that is beside the point; 18c was the opening of Pandora’s Box, it was the removal of that protective fence, and now the slippery slope is gaining traction as it rolls on towards a terminus that will never arrive.
Another example is abortion. In 1996 when Bill Clinton stated that abortion should be “safe, legal and rare,” he worked hard on the first two but the rare part was never defined nor enforced. On the contrary, it is common knowledge that government institutions such as Planned Parenthood do everything in their power to encourage abortion wherever possible. With state governments in the USA passing legislation to allow abortion up to the time of birth and openly celebrating the fact with public demonstrations, one would be forgiven with thinking that the end point had been reached.
Not so fast. Killing babies for sexual pleasure.

This is an excerpt from Reddit where people are discussing the very real fetish of breeding for the sole purpose of experiencing pregnancy followed by the legal act of killing the innocent children they conceive.
ooliava:
I have a female friend who has a really powerful fetish for breeding, she has never used any type of birth control.
She is with a male partner currently who is just like her, into breeding and they have been practicing their fetish for quite a few abortions.
I know this is a heavy subject for some but it got to the point where I’m worried for her health. I personally didn’t study abortions.
Was wondering if this might seriously impact her? She is like a sister to me.

The left will deride this as a hoax, or as false information. But they have done this at every presentation of evidence of the slippery slope so far.

For many years, pro-choice advocates insisted that partial-birth abortion was extremely rare, probably about 500 cases in the entire country per year, and almost always for reasons of medical need.
“Then a Bergen Record investigation in 1997 found that clinics in the state did about 1,500 per year. One doctor told the paper, “most are Medicaid patients, black and white, and most are for elective, not medical reasons: people who didn’t realize or didn’t care how far along they were. Most are teenagers.” Pro-choice advocates insisted the article had to be false disinformation, but this would require us to believe that abortion doctors wildly exaggerated the frequency of and reasons for the procedure — a perfect definition of “argument against interest.”

Using abortion not just as a birth control method but to enhance sexual pleasure from the feeling of creating life through the sexual act is quite simply evil. But it is the same evil that began with the first abortion. All that has changed is that the left has been completely successful in brainwashing the majority of the population into believing that abortion is a perfectly normal aspect of our society. In its acceptance, the population pushes it in new directions, out of control of the initiators.
That is the true mayhem of the slippery slope.