Editor’s Note: We offer another thought-provoking article from our friend, Laramie  Hirsch. 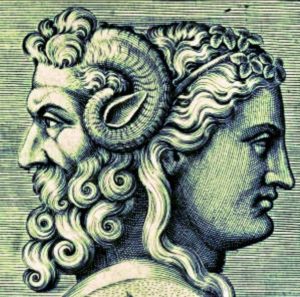 Counter Revolution
Consider how the Alt-Right came into existence.  After decades of empty promises from so-called conservatives, and after years of compromise, the American Right Wing movement before President Trump was regarded as a gaggle of silly, impotent men.  Thinkers such as Patrick Buchanan were regarded as “paleoconservatives,”  and many on the Right held the cynical attitude that the Republican Party was really the Democrat Party 2.0.
Then, during eight years of the Obama presidency–one of the most racist, Marxist, pro-abortion, anti-Christian presidents we’ve ever had–a Dark Enlightenment had formed among many right-wing thinkers.   Obvious evil manifested within our own government.  During that presidency, the subdued Right Wing could only produce feckless and contemptible non-reactions.  This dire predicament served as a catalyst for the coalescing of a new mode of thinking, which became the Alternative Right.
This sort of situation also occurred within the Catholic Church.  Throughout the 20th Century, prelates we’re making many compromises.  Many priests wanted to change different practices–and even dogmas within the Church–in order to bend the Church into a more recognizably modernist institution that would “fit the times.”  Incremental changes were made here and there over the decades.  Conspirators were gradually turning the Catholic Church into a lukewarm non-governmental charity organization.  As Catholic blogger Steve Skojec recently put it, Catholicism was about to become a “bourgeois, bubble-gum chewing religion of suburban good cheer” not worth dying for.

Then, in the late 1960s, a big meeting of the world’s Catholic leaders was held.  This meeting, Vatican II, was regarded as an event in which the Church opened her windows to the outside world to “let in the fresh air.”  This was a historical meeting that opened the door to innumerable compromises in the Catholic Church.  As a result, faithful Catholics were left hanging–just as it would happen years later with the Alt-Right, who also refused to give up their values.

One man, Archbishop Lefebvre, still loved the old Mass that the majority of bishops were getting rid of.  He formed an organization called the Fraternal Society of Saint Pius X (SSPX), and in it he and his priests would continue to perpetuate the Traditional ways of Catholicism.  From the endurance of the SSPX, the Priestly Fraternity of Saint Peter (FSSP) was formed, which is another wing of Catholics who banned together to combat encroaching modernism.  And during the papacy of Pope Benedict XVI, many diocesan priests took the initiative to start holding Mass in the Traditional Latin.
There is much more to say about these groups of Traditional Catholics that I’m leaving out, but this much of the saga will suffice for our purposes.  For now, realize that both the Alt-Right and the Traditional Catholic movement came about as a counter-revolutionary act against a slowly weakening base that betrayed its own people.  These counter-movements have had to think outside the box and function awkwardly, as the primary heads of the institution have been cannibalized and replaced with their opposites.

Outliers
Both of these groups are derided by both their enemies, as well as by the institutions they stem from.  They take flak from all sides.  The Alternative Right, for example, is automatically regarded as a hate group.  USA Today has branded the Alt-Right “a group whose ideology includes racism, populism, white supremacy and white nationalism.”  While it is true that white nationalists fall under the umbrella of being in the Alternative Right, many others in the movement have no interest in the race politics at all.  Critics use the most scarlet terminology available to paint the movement as evil.

But for the Alt-Right, one of the saddest betrayals comes from within the supposed Right itself.  Never Trumpers and modernists with minds closed to the past despise this new force of thinkers.  These so-called moderates conserve nothing and hopelessly offer little but the status quo.  With pleasure, they distance themselves from the Intellectual Alternative Right, shunning it, and actually taking a stand with the Left.

Traditional Catholics are also attacked from within their own institution.  Like the Alt-Right, Traditional Catholics are lampooned in mainstream Catholicism.  Two centuries ago, voices of authority within the hierarchy would actually cheer for Traditional Catholics.  Today, these very same authorities have given in to secular modernism, and they actually join in the hateful chorus to tear traditionalists down.  The term “Rad Trad” stems from an insult in 2013, when adherents of the New Order of the Church (Novus Ordo) began to tear at the “Radical Traditionalists.”
Even Pope Francis has scorned Traditional Catholics, calling them self-absorbed, promethean neo-Pelagians and rigid triumphalists.  Under current leadership, the sanctity of the institution of marriage has been put in jeopardy, acceptance of homosexuality is being toyed with, and some priests even tease the idea of married priests.  At this rate, the Catholic Church will be a completely different institution within decades, if not sooner.  The people who pay for this change–the Rad Trads–are the pesky hold-outs who dare to buck the new system.

Fellow Travelers
Both the Alternative Right and the Traditional Catholics have fought against the unhealthy transformation of their organization.  Moderate sell-outs are viewed as trendy and “with it.”  Those who hearken back to sensible positions of ages past are viewed with suspicion and heaped with scorn–even by those on “their side.”  The Alt-Right is a mocked and demonized political group that seeks to steer the remains of Western civilization towards preservation and stability.  The Traditional Catholics are a persecuted people who struggle to hold onto whatever remnants of the Church they can, keeping the pilot light on amidst an ever-growing abomination of desolation.

Fight For Your Gun Rights