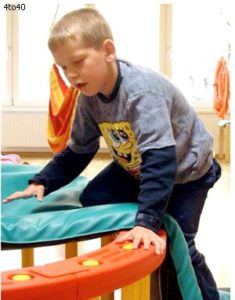 Marko Dutschak will forever believe in Christmas miracles. In 2008, Marko developed a cyst on his spine that quickly grew to envelope that portion of his spine. At the age of seven, he would  undergo a surgery to remove the giant cyst from his spinal column. The cyst had crushed the part of his spine where it had developed and nothing was left after the surgery except for a thin, cotton like strand. The boy who was just starting out in life was left paralyzed from the chest down. His Doctors told his mother that he would never walk again.
On December 17, his mother went to collect her son from the hospital. When she entered into his room, she was shocked to see him up and walking around. His doctors were completely confounded and still to this day there is no reasonable explanation. But we here at Men of The West know what happened. Somewhere, someone who cared for this boy, said a Christmas prayer.

Do You Even Chickens, Bro?

Don't wait until you're hungry to learn how to raise food. Start now.