Why Did The Author Write The Book?

This book was the result of Pirenne’s final years of research. His son states that Pirenne returned “again and again to his study of the available sources, [and] had never ceased to examine this problem, which was the great scientific interest of the last twenty years of his life” (2001, 9). Dennett makes the point that this book simply “restates…the conclusions reached in a series of well-known articles” (1948, 166).  It is apparent that this topic was one that kept Pirenne’s attention, and he determined to organize his material into one comprehensive analysis. The preface to the book lists several of those articles.

However, Pirenne’s son contends that the present book is not the book that Pirenne would have eventually published. It is a rough draft, intended for himself, to put his ideas all down in one place, “regardless of form” (10). Since Pirenne died before the revision work could be completed, that task fell to others. So this book is a revision and completion of Pirenne’s rough draft. This draft was originally “urged on by the ideas which he was in haste to express…” (10).

Pirenne believed that scholarship had failed to recognize the real reasons for the transition from the Roman Empire, through the Middle Ages, and into modernity. He believed that he had discovered an important connection between the rise of Islam and the fall of the western Roman Empire. He, therefore, determined to present his thesis so that it would be engaged, leading to a fuller understanding of the truth. In that, he was successful, as Bridbury states that even his critics “have persistently conducted the controversy on his terms” (1969, 527). 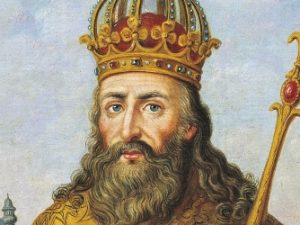 What Is The Main Thesis/Argument Of The Book?

Pirenne’s study was based on his “attempt to explain …the eclipse of the classical lands and the transference of Europe’s centre of gravity from the south to the north” (Bridbury, 527). This led to the conclusion that the Roman Empire was not destroyed by Germanic invasions. In fact, since the Germanic invaders made up such a small part of the population, they were subsumed and became a part of “Romania” (Pirenne, 152).

This “Romania” was a mystical manifestation of the Roman Empire, which retained the language, governmental system, law, and policy of the earlier incarnation (Dennett, 166). Centered around the Mediterranean, there was little change in the economic and social situation for most citizens. The economic situation was especially hardy, lasting even beyond the political collapse that led to post-imperial western Rome (McCormick, 2002, 18).

When Islam conquered northern Africa, and moved into Spain, they effectively cut off the western half of the former empire from the eastern half. Trade was halted, and the last remnants of classical tradition faded away, giving rise to the Middle Ages. “The Mediterranean Unity was shattered” (Pirenne, 153). In addition, unlike the German conquerors who were absorbed into Rome, “the Roman … became Arabized as soon as he was conquered by Islam” (Pirenne, 152).

Pirenne compiles this into his argument that it was not the Germanic invasions that ended the classical tradition of Rome, but the influx of Arabs and the Islamic conquest of north Africa and Spain that did (284). The western Mediterranean became dominated by Islam, and so commerce and intellectual pursuits with the east were hindered, if not outright halted. The Pope was forced to break with the Byzantine Emperor, and to ally with “the new order of things” (285). This new order gave rise to the Carolingians, who shifted power away from the Mediterranean and toward northern Europe. “The Empire of Charlemagne was the critical point of the rupture by Islam of the European equilibrium…it is therefore strictly correct to say that without Mohammed Charlemagne would have been inconceivable” (234).

What Are The Strengths And Weaknesses Of The Book?

As even Pirenne’s greatest critics point out, he has framed this discussion. Those who follow are in “the bondage of Pirenne’s structure of ideas” (Bridbury, 527). They “stand in the long shadow” of Pirenne (McCormick, 18). These statements indicate that one of the great strengths of the book is that it raises important issues that should be considered: when and why the Roman Empire ended and the Middle Ages began.

Poles Vs Germans: The Battle of Wizna