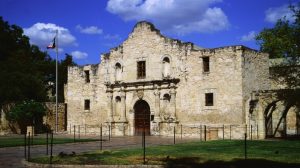 Moving beyond a mere recounting of the historical events of the Texas Revolution, James E. Crisp’s Sleuthing the Alamo analyzes the motivation of writers, painters, and historians in his quest to determine why this part of history is remembered in a particular fashion. This short book provides an effective model for conducting historical analysis by showing how Crisp evaluated obscure resources, refused to accept incomplete conclusions, and persevered through ridicule to develop a usable history.
Unlike most books of this nature, Crisp presents his work in a very personal way, placing himself directly into the text. He does not hide his own biases as he evolved from a stereotypical Texan of the mid-twentieth century into an advocate for racial equality. This quest for racial egalitarianism is a thread that runs through the entire book, leading Crisp away from traditional interpretations; yet it does not overpower his desire to produce accurate analysis. Men of the West can reject his quest, and still find value in his process.
The centerpiece of the work is an evaluation of the controversy concerning the death of Davy Crockett. Crisp looks as the traditional view of Crockett’s heroic death and finds the accounts supporting this perspective to be flawed. He concludes that based upon the evidence, Crockett most likely surrendered, after receiving promises of safe conduct, but was condemned to death by a flippant Santa Ana. The highlight of the analysis is Crisp’s painstaking work in determining just what sources can be trusted. Contrary to many historians, Crisp determined that the de la Peña diary, the work responsible for the revisionist perspective, was reliable. This search for reliability is the most valuable component of the book. Though Crisp initially expected the book to prove untrustworthy, his research led him to reevaluate his presuppositions and to decide that, in fact, it was accurate.
While the Crockett controversy has received the most attention, it comprises only one section of the book. Crisp also researched three other controversial topics, including a blatantly racist speech attributed to Sam Houston, the aforementioned examination of de la Peña’s diary, and the changing nature of art work depicting the conflict at the Alamo. In addition to these major foci, Crisp provides a narrative of his own interest in the topics, as well as his journey to learn the truth. A short afterword provides a bonus topic discussing the origins of the “Yellow Rose.”
Throughout the concise book, the author’s challenges traditional, and as he sees them, racist interpretations of these events. He rightly acknowledges that Houston’s purported speech does not fit with the character that history provides of the man. In fact, Crisp’s research indicates that the speech was actually the product of a German immigrant soldier, who returned to Germany after the war and recorded his memoirs there. Rather than an accurate account of Houston’s speech, it is the recollection of this soldier and that soldier’s personal racial bias. Likewise, the de la Peña diary was suppressed because it challenged the traditional view of the war and did not denigrate the Mexican perspective. Moving beyond the common aspects of historical inquiry, a review of the art work following the war period showed a progression in how the Texans and Mexicans were portrayed. Early works tended to show the opponents in similar fashion, while later works, produced toward the turn of the twentieth century, tended to show the Texans in an exalted form, while Mexicans seemed to be seen as sub-human.
While the book certainly produces a revisionist perspective, Crisp does not simply discount traditional interpretations, but attempts to provide an honest approach. Acknowledging his own bias toward racial equality, he grapples with the question of why generations of Texans eschewed equality and exhibited racist tendencies. Rather than simply throwing out the traditionalist views, and advocating the importance of minorities and women, Crisp has produced a useful book that highlights both the good and the bad of people on both sides of the conflict. Moving beyond the period of the Texas Revolution, he also provides keen insight on the reasons why Texas culture developed the way it did after the war.
While some might question his choice of including his own personal narrative, his story provides a touching case study of the very principles that he is advocating in the text. It makes the historical analysis more intimate and real. The values in question are not relegated to the distant past, but are equally important in contemporary society. This book not only provides answers to important historical questions, but the reasons why those questions are valuable to modern society.

Never underestimate the power of stupid people in large groups.

What rifle do I need?