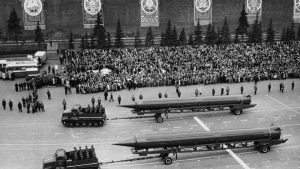 Odd Arne Westad challenges the traditional view of the Cold War being a conflict between the United States and the Soviet Union, which focused upon military superiority and euro-centered diplomacy. Rather he focuses upon five continents over fifty years to see how these two superpowers influenced, supported, and interfered with Third World countries, espousing the idea that the Cold War was primarily composed of this Third World activity (p. 396). His reasoning is that both superpowers saw these Third World conflicts as opportunities to spread their respective ideologies, creating a world order according to their own pattern. These conflicts allowed the superpowers to expand without direct confrontation. Using primary research from archives worldwide, Westad has introduced a new perspective on the primary conflict of the last half of the twentieth century. Not only are records from the two main protagonists considered, but also research in the Third World provides Westad with support for this novel approach.
The exposition of these disparate sources is one of the greatest strengths of the book. While most students of Cold War policy focus on the records of the large powers, Westad introduces fertile ground for future study, examining the roles that the United States and Soviet Union played in various regions across the world, from the perspective of the Third World country. The Cold War was not simply a European issue, but a worldwide issue, as is plainly shown. With chapters focusing upon Cuba, Vietnam, Ethiopia, Iran, and other nations that received attention from the superpowers, Westad opens the door for an expanded view of the conflict. While discussing Southern Africa, Westad connects the Cold War to decolonization (Chapter 6). This is another important consideration, since the superpowers that attempted to influence these Third World nations are some of the same ones who were major colonial powers during the Colonial era. Those who focus upon colonial issues will find this a great point to begin research connecting colonial and Cold War policies.
Facts take center stage in this book. Rather than allowing large personalities to dominate the content, Westad allows policy and actual events to be the centerpiece. This is an important stylistic choice, since the events that are analyzed cover such varied regions, events, and people. This allows the reader to notice when policy shifts took place, as well as inconsistencies that existed in the plans and actions of both superpowers, without the cult of personality getting involved. These facts are supported well by the copious endnotes.
These same strengths are also the things that present challenges to the reader. Facts are important for the scholar, but for those who are looking for a narrative, the book falls short. There are no characters to follow, since the individual participants change frequently, depending upon region and date. Likewise, though decolonization was an important cultural factor for some of the Third World countries, it was not as important in others. There is little consistency in that regard; each chapter can almost be read as an individual essay. Though Westad using primary sources from the various regions of the world, there is no bibliography provided, which would be very beneficial to further study. Instead, the reader must pick through the endnotes to find the sources used. Finally, Westad neglects the European center of the conflict, in order to focus on the Third World. He has an “either/or” approach to the topic. While he presents an important feature of the Cold War – the Third World was an important component of the events that took place – Europe should not be ignored. Westad presents the idea that the Cold War is “what the world looks like when…regimes of global intervention take hold” (p. 407), which is probably correct, but those nations that produced the regimes of global intervention are not insignificant, which one might get from Westad’s presentation of the primacy of the Third World. The placements of missile batteries on both sides of the Iron Curtain argue that Europe was still the central “battleground.”
Westad has produced a very good book, introducing an important consideration for scholars of the Cold War. While his argument that the Third World serves as the most important aspect of the Cold War is not proved, that does not mean that the Third World should be ignored, as it has often been in past research. While the United States and Soviet Union were the most important participants and Europe was the primary battlefield, the Third World was an important component of policy, intervention, and conflict during the Cold War. Westad has provided important material developed from his research in Third World archives, which open up new avenues for future scholarship. While Westad did not convince me that the Third World was paramount to the Cold War, he did bring it to my attention that it is worthy of study and research.

Over The Wall And Far Away