Despite the continued hysterics of the punditariat classes wetting themselves about the descending anti-immigrant Gestapos carting away those who don’t belong here, we in fact do not have to be “anti” immigrant to make the West great again. Our esteemed Editor-in-Chief has one of the best ideas on the subject I’ve ever heard, a way to deal with the immigration problem that all sides should be happy with, that will even provide a pathway to citizenship for the dedicated immigrants that really want it. It is an idea so simple, so perfect, that I’m disappointed with myself for not having thought of it first: an American Foreign Legion.
Wouldn’t this just legitimize the illegitimate?
No.
Here’s why.
Similar to the French Foreign Legion, the American Foreign Legion would take recruits from any country into a military regiment that operated almost exclusively abroad for purely American interests, with the possibility of U.S. citizenship granted after completion of a mandatory five-year enlistment and upon recommendation of the applicant’s commanding officer.
Despite the lore of the French Foreign Legion taking all comers, including criminals and outlaws, this hasn’t been true for decades. The American Foreign Legion would work the same way.
Any illegal immigrant picked up within U.S. borders who is in decent physical shape, who has committed no felonies, and who is older than 18 will be offered a choice — apply for the American Foreign Legion or undergo an expedited deportation process (24 hours or less). Immigrants wishing to migrate to the United States legally without the extensive lead time that the formal application process involves may apply for the AFL as well.
Let’s step through the process.
An immigrant (illegal or otherwise) arrives at an AFL recruiting center and wishes to enlist. He fills out an application, is fingerprinted, DNA-sampled, and then undergoes a background check, a medical examination, a psychological screening, and an interview (all in his native language, if he can’t speak English).
If accepted, the recruit must surrender all possessions, sign a five-year enlistment contract, and is then shipped out to an AFL training facility somewhere inhospitable and remote, such as Death Valley, or the bush country of Alaska. There, the recruit awaits enough other recruits to form a platoon (possibly a company) while in the meantime begins mandatory classes in English, United States history, along with performing menial work around the facility and beginning a physical condition program.
Once enough recruits have been assigned to the same facility and assembled there, the group is formed as a platoon (or company), and the newest recruits begin classes in English, history, etc. The unit as a whole will not move forward until every recruit in the platoon can speak and write in English, and demonstrate competency in their other coursework. Once every recruit completes this stage, basic military training begins in earnest. This training would closely resemble the same basic training performed by the U.S. Army or Marine Corps; eight to 12 weeks of intense physical conditioning, infantry training, and classroom instruction. After basic training, all platoons will enter advanced infantry training. No AFL unit will specialize in anything non-infantry; they will either be fighters or battlefield support. 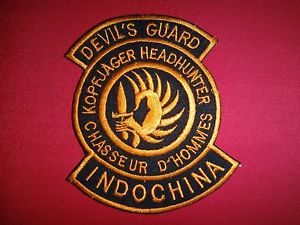 Once training is complete, the platoon/company will be immediately deployed overseas either to engage America’s enemies directly, or to provide security and support to U.S. forces and assets abroad. Once deployed, AFL troops will not be stationed within the 50 U.S. states except in extreme extenuating circumstances; all deployments must and will be abroad. Unlike the regular branches of the U.S. military, the AFL will offer no leave and few comforts of any kind. Theirs will truly be a Spartan existence for the full five years of their service. They will be paid for their service upon completion of the contract. In the fourth year of the contract, recruits may apply for U.S. citizenship ONLY with the recommendation of their commanding officer, and that citizenship will not be granted until completion of the five-year term. Any AWOL AFL soldiers will be hunted down without mercy and prosecuted with Prussian efficiency.
If immigrants truly want a piece of the American Dream, a slice of what makes the West humanity’s best hope for a better earthly life, then each and every one of them should have the opportunity to earn it in a way that instills American values through the application of a uniquely American work ethic. The days of immigrants flaunting the law with impunity must end, along with this insane proposition that immigrants are owed full rights, a basket of welfare benefits, and an unassailable social status just for showing up illegally will end. Either it can end in a mutually beneficial way, or it can end with blood in the sand.
But it will end.

The Primacy of Virginia to the British Empire