Editor’s Note: Though this is primarily a brief historical look at colonial finances, notice the connection between war, growing national debt, and the increase of corporatism, which eventually places undue burdens on the people. The article does not specifically focus on the North American Colonies, but the British Empire as a whole.

While the French had a much larger population than Britain during the beginning of the Colonial era, and began with a significantly larger foreign trade revenue, the British economy effectively caught up by 1780 (James, p. 52). The economies of both nations grew steadily and significantly in the 18th Century. It should be remembered, however, that this was part of a cyclical warfare that would begin, stop, then restart – numerous times. As Trevor-Roper points out, “throughout Europe war after war is wound up. And then, with peace, what relief! The overstrained system is suddenly relaxed, and an era of pleasure and renewed extravagance follows” (p. 47). His analysis is in line with James’ account, where successive wars were followed by brief periods of peace. The governments would fund these wars, but in vastly different ways.
While the French relied on taxation to raise the required funds, Britain utilized national debt (James. p. 52). This was facilitated by a difference in social structure. “In England the cost of the court fell most heavily on the gentry: they were the tax-paying class: wardships, purveyance and all the indirect taxes which were multiplied by the early Stuarts fell heaviest on them. On the other hand in France the noblesse was exempt from taxation, and the taille and gabelle, which were multiplied by the early Bourbons, fell heaviest on the peasants” (Trevor-Roper, p. 50).
As the French continued taxing the poverty-stricken peasants, who were able to provide less and less –and even impoverishing landlords in the process, Britain simply sold government stock, promising an annual dividend (James, p. 52). While the debt continued to increase, taking up more and more of the national income, it provided for an effectively compensated fighting force. In addition, the economic sector gained power, with insurance companies proliferating, and merchants and financiers obtaining influential positions of power (James, p. 53). In fact, by the early 19th Century, Britain had become the “bank of the world” (Sperling, p. 446). 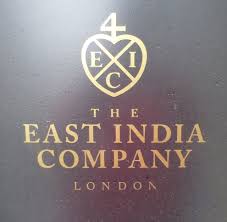 Because these merchant classes benefitted financially from the wars, they supported anti-French policies. They viewed warfare as necessary for British dominance, both economically and territorially. Because the combat was primarily financed with debt, no immediate impact was felt by the people. As much of Britain’s income was derived from colonial trade, the fact that it controlled a much larger colonial empire than did France provided for more business opportunities, which encouraged the merchant class even more.
France simply did not have the colonial resources to compete economically. Their own financial system was outdated and inefficient. The few options available to the French caused a decrease in commerce, damaging future prospects for competing with England, whether on the battlefield or board room (James, p. 53-54). The French did attempt to overhaul their economic strategy, but it was too little too late (see Velde and Weir).
When times of peace were enjoyed, British financiers built upon the wartime activity, looking for more opportunity in overseas commerce. So the practice that began to fund warfare led to continual colonial development, as evidenced by the various “Companies,” e.g. East India Trading Company and Plymouth Company. By the end of the conflict, not only had England become the world’s bank, but France had lost most of its New World colonies, with Britain assuming control of most of them and the British fleet ruling the seas (James, p. 64).

We Stand With Milo

The Odyssey and O Brother, Where Art Thou?