Editor’s Note: Our good friend, Harbin, share another great post. You can read his earlier posts here, here and here.

In the former Soviet Union, enforcement of political dogma and doctrine was done by the Commisariat. The political officers who were out in the field, making sure that nobody said or did any wrongthink or badspeak, to use Orwell’s words, were the “commissars.” A more formal definition is:

commissar:  n.   An official of the Communist Party in charge of political indoctrination and the enforcement of party loyalty. 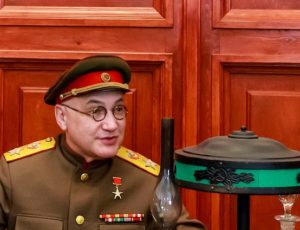 They were people endowed with the deep wisdom and insightful education that allowed them to discern problematic thoughts and counter-revolutionary actions that might impede the glorious progress of The People. They could tell who was privileged and who was not, and were charged with ensuring equality between people, providing an equitable distribution of jobs and resources based on their profound knowledge of the intricacies of the human interactive dynamic and details of production, ensuring fairness and justice for all, not just those lucky enough to born to the right parents.

Think the sarcasm is hidden well enough?  *snort* The reality is that they were often drawn from among the petty criminals with modest IQs, and given a great deal of power to ensure total loyalty to the party. They owed the party everything – all their pay, power, and perks – and they knew it. They were envious of those who were smarter and could actually do things well, and they took every opportunity to cut down the capable, to flaunt their power. The more ridiculous the order, the more bizarre the demand, the better. They could then laugh and say, “see what I made that oh-so-high-and-mighty man do? I’m better than him. Maybe I’ll threaten to toss him in the gulag, and get a chance at sexing his wife to keep himself out. Maybe I’ll get her, and send him off for a tenner [ten-year sentence to the gulag] anyway.” They took every opportunity to abuse their power, and the more brazen they were, the greater their opportunities for advancement.

The Commissar has returned. But this time, in America. They usually work in a bureaucratic administration, perhaps in the HR subdivision, and go by Orwellian double-speak titles like “Director of Equity and Inclusion.” Please use the correct term for an enforcer of politically correct speech, thought, and dogma – Commissar. Their goal is to divide, separate, repress, and destroy all that is good and productive, but they are skilled with language, highly credentialed, and badly maleducated. And today’s most popular verbal judo they use is that of “privilege.” It’s a great word for them, because it’s obviously important; it has a great deal of importance (think how many programs there are for ‘underprivileged kids’), but it can mean by amorphous connotation, as well as definition, almost anything they want it to mean. The words have a definition, but are often used it in a different way. But there is a way to strike back when you have a meeting where some Pinnipedia-like woman of color with an intellectual heft of a marmoset gets to lecture about all your unconscious biases you have because of your cis-het-white-male privilege (said with a sneer, literal or implied). The phrase “check your privilege” may very well be used. But if you object, well, that’s just your hate, bigotry, and privilege showing.

You have to fight it using their language. When they use the term “privilege” in a way that bugs you, simply object and say that they are making derogatory, pejorative stereotypes about people because of their race, gender, sex, race, ethnicity, religion, or whatever. Be sure that they have talked about “privilege” with respect to several groups before you bring this up, so they have committed multiple offenses. If they want to talk about male privilege AND female privilege, then fine – there is balance, and it’s actually about what they officially say it is about, addressing bias. If they only back one side of the issue, then they are being deliberately exclusionary and divisive, not inclusive and fostering understanding.

Be sure to have at least one “alternative privilege” handy. If they wish to bring up “male privilege,” or “rape culture,” then be sure to point out  “female privilege” like “women and children first” (ironically, nearly unique to white, Christian cultures) and the fact that these groups cannot be drafted to fight a war they don’t believe in. If they bring up “white privilege,” point out that it’s commonly said that ONLY whites can be racist, which is absurd, and blacks are often not charged with hate crimes even when obviously committed from racial animus.

And what about the fact that when a crime is committed, if a non-white and white are involved, the possibility of racially motivated hate crime being involved is played up or down, depending on which one is the victim and who is the perp, and it’s a one-way view? Gay privilege is not having to pay for their own retirement, or incur the expense of raising children properly – they foist that duty off to others; they are people who have not invested in future generations, so they can pursue selfish short-term policies and life choices. A gay man can express pride in his orientation, while a heterosexual may not, or it’s considered a microaggression.Meanwhile, “normal” folk are relentless mocked, and gays are lauded in the media as being hip and edgy.

Christian privilege? Allow me to laugh! The media goes out of its way to denigrate and mock Christians (the most persecuted faith on the planet), and cover for and excuse the violence of Islam. Seattle recently even sent out an email to all their teachers to make sure they said “happy Ramadan” to all their muslim students, to make sure they didn’t feel left out… but those same teachers are forbidden to say “merry Christmas” because it’s exclusionary.

Pedophile priest jokes are common, but make one joke about a pedo gayman and you are branded a homophobe. Point out the destruction of women’s sported by transgenders and you get called a trans-phobe… by feminists!? You get the idea.

Be polite, be respectful (even if they don’t really deserve it), and point out the double standard and the fact that only allowing one side to be aired is simply a form of gaslighting. Politely say you are offended by your identity being slandered without any balance to the discussion, because that isn’t equitable or inclusive, it is divisive and exclusionary. Use their own buzzwords against them; maybe take a few notes about what they are striving to do, like make the workplace “more equitable.” Then use them when you object, i.e., only saying things about men’s unconscious bias isn’t equitable, you need to point out the biases in women, too. Flame them for mentioning “toxic masculinity,” as it is clearly sexist and applying a powerful negative stereotype to a person because of their sex (pretty explicitly against the rules in any well-developed bureaucracy), unless they also want to talk about “toxic feminism.” You have to use their own language to tie them in knots.

They might say “privilege isn’t pejorative. It is a fact.” Don’t accept that – most codes of conduct that HR puts out are pretty clear that it’s how something is interpreted that is important, not what is meant. Clearly “privilege” is a thing: we have many programs for “underprivileged kids.” So, what government program will work for skin color, sex, or faith? How can being told about something that you CANNOT have, or CANNOT change, not cause envy, or guilt, or division between the unalterably “haves” and “have nots?” You are offended that they would “other” you, publicly, by sneeringly calling you “privileged” over something you cannot change. It’s no different than pointing and saying “whitey there thinks he’s better than you,” at least not in your eyes. You are offended by the HR person giving you the lecture. Make it personal. Make them apologize, and don’t let them weasel out of it by saying, “I’m sorry you are offended.” Not good enough; they must say they are sorry for offending, for being offensive.

If you really want to stir the pot, ask how they plan on being more inclusive of pedophiles at your work’s “bring your family” BBQ? Maybe ask 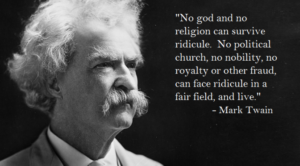 them to actually itemize the benefits of diversity, and contrast them to the costs? Or ask them if political beliefs are a protected class; if they say “no,” then thank them for confirming that while discrimination against gays isn’t legal, doing so against anyone that supports gay rights is. Use Alinski – Rule #4: “Make the enemy live up to its own book of rules.”

Also use Alinski #5: “Ridicule is man’s most potent weapon.” Ask them how, if they are so all-fired brilliant, that they could think that making broad generalizations, negative stereotypes, about an entire segment of the population, without at least having the flip-side presented, could NOT be construed as offensive and in violation of policy? Seems a pretty obvious shortcoming of the Commissar’s job, yes? Unless, of course, the actual agenda isn’t what’s claimed.