So, you find yourself in a tough situation. I mean, really, it is a bad deal. Maybe your family is under attack in some way. Maybe you just lost your job. Maybe you got some bad health news. Maybe you lost someone you care about. Maybe it is something worse than you could have possibly ever imagined.
It might be like a guy I heard about. He and his wife were not able to have kids. In their culture, that was a horrible situation. To be childless was to be looked down upon. It went on into their old age, and finally, beyond any logical explanation, they were blessed to become parents. They doted on the boy. He was spoiled, there is no doubt. His mother especially had a soft spot, but the dad was also a pushover, for the most part. Still, they were good parents on the whole, and the boy turned out OK. Right up until their sovereign told the dad that they must give the boy up. Of course,  you know I am talking about the Patriarch Abraham and his son Isaac. God told Abraham to sacrifice his beloved child. Talk about a curveball. 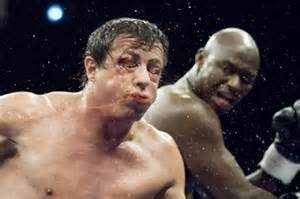 Or maybe you are dealing with a problem of your own making. You may have heard the story about the fellow who took a shine to his buddy’s wife and ended having his friend killed, after impregnating the comely lass. Yes, this is speaking of King David. Now there is a whole mess of trouble.
Perhaps you stood up for what was right and good, only to have your society totally reject you. Sort of like the man who found himself hunted as one of the nation’s “Most Wanted.” The king wanted to put him to death, and the guy ran away and hid in the wilderness, feeling low and put upon. He believed that no one else cared for the things of God. Yep, now we are talking about the Prophet Elijah.
Some may turn their backs on those they care about, even in their friend’s greatest time of need. Imagine betraying your best friend and then coming face to face with him. The Apostle Peter can give you some pointers on how to deal with that.
And that is the point. I am not discounting any problem you may be dealing with. I suspect that it is a true, and serious, problem. It is a major issue, and there is no getting around that fact. Regardless, you are still going to have to man up.
You know what Abraham did? He took his son out to sacrifice him. Did he like it? Of course not. Did he have concerns? Absolutely. The New Testament tells us that Abraham did not  understand it, but just assumed that God would raise Isaac from the dead. But he did not shirk his responsibility. He did not cry and moan and go about telling everyone how tough life was. He stayed in the game. It is nice to know that God stopped him before the act of sacrifice was completed, and Isaac was spared.
How about David? No doubt, he blundered big time. He did one of the worst things imaginable, sleeping with his friend’s wife, knocking her up, then having the guy killed. So what did David do when confronted with his sin? He repented and got back in the game. In fact, the lineage of Jesus comes through that very same woman, who David took as his wife. It is interesting that the New Testament refers to her, not by name, but as “Uriah’s wife.” God did not forget, but he did forgive. He referred to David as “a man after God’s own heart.” David did terrible things, absorbed the blow, and continued on, following the righteous path.
Elijah was a great man of contrasts. One moment, he is mocking idolatrous priests, calling down fire from heaven to consume them. The next, he is running from King Ahab, hiding in a cave, and whining about being the only follower of God  left. Well, he did that until God let him know that he was not alone, and that there were still thousands who remained true. This emboldened Elijah to re-engage God’s work.
Poor old Peter. I can identify with him. I often stick my foot in my mouth, just like he did. He boldly tells Jesus that no matter what, even if everyone else abandons Jesus, Peter will remain true. That same night, he betrays his Lord three times. No sooner had the third betrayal left his lips, but he saw Jesus, who was looking directly at him. Scripture says Peter went out and “wept bitterly.” So how did he turn out? Pretty well, I would say. He was restored to Jesus after the Resurrection, preached the first public sermon in Acts 2, and tradition tells us he remained faithful to death, which was accomplished on a cross, just like Jesus. Well, not JUST like…tradition says that Peter, acknowledging that he was not worthy to die in the same manner as Jesus, requested to be crucified upside down.
Here is what I am trying to get across. Nothing you are enduring is new. Someone, somewhere, has dealt with it before and endured. Not one person reading this has lived a life free from pain. Not one person reading this has always made the right choice. So do not ever think you are alone. We are here, as Men of the West, to pick one another up, strengthen, embolden, and yes, kick one another in the ass, when it is needed.
The worst thing you can do is lie down and give up. Never do that. Hold on and endure. It will get better tomorrow, or maybe the next day. You just keep doing what you need to be doing. If you made a mistake, own up to it, and rectify it, as best as you can. Jesus will accept your repentance, and so will the rest of us. We have all been in that boat.
If you have a specific need, then let someone know. If you need prayers, then ask for them. Our own group here at Men of the West have seen some amazing – miraculous even – things happen, once we all set ourselves to praying.
Yes, life is going to throw you curveballs. You are going to swing and miss sometimes. But as long as you keep fighting the good fight, moving forward, you will emerge victorious. And like Elijah finally figured out, we are all in this together. 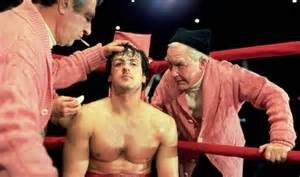 Know Your Enemies: The Conservative Establishment