Donald Trump’s inaugural speech, on Jan 20, 2017, presented a clear “America First’ message. The lying Main Stream Media quickly proclaimed the speech to be “dark” and “divisive.”  They argued that he had insulted all the previous presidents, many who were sitting directly behind him on the stage.
Damn right! Of course he called them out. For the past four administrations, if not longer, the Executive branch of the U.S. government has been focused on political power, personal benefit, and greed. Both Bush presidents, Clinton, and Obama have not served the American people. Reagan,  God bless his soul, tried to serve the people. Carter was on the stage as well, and is a basically good fellow, but was an incompetent president. In other words, it has been a long time since we had a president who truly intended to serve, effectively, the American people.
For the first time in most of our lifetimes, we have a man in the oval office who truly intends to represent the average man of our country.
So read his speech, linked above. Dark?
Really? 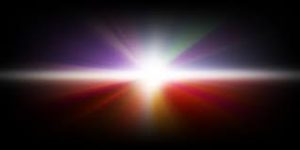 We finally have a man who stands up for the regular folks. We have a man who proudly proclaims “America First.” We finally have a real man as President.
Dark? Hell, no. This is full of light. As John 1: 5 states: “The Light shines in the darkness, and the darkness did not comprehend it.”
This is not darkness, it is light. For the first time, we see light shining forth. We see truth, beauty, and light. If you are not capable of seeing the light, then you need to reevaluate your perspective. You are part of the darkness.
No doubt, we do not know what the future holds, but Trump’s words point to light. If he follows through on these promises, the our path is before us.
Follow this path, and our future looks bright. Ignore the lying Main Stream Media. They are clueless.

Have We No Right To Happiness?