Editor’s Note: We offer another guest post from Laramie Hirsch.
If democracy doesn’t deliver, dispense with it.Such are the words of Patrick Buchanan himself.  To think that a one-time presidential candidate has begun to question the very foundation of U.S. governance–the very principles of the nation.  Yet his doubts about the efficacy of democratic rule are clear:

“Democracy requires common ground on which all can stand, but that ground is sinking beneath our feet, and democracy may be going down the sinkhole with it.”

Dare we consider that the ruination of our government lay in its very design?  Over 300 million people are supposed to collectively agree on which men are virtuous enough to capably represent us.  At the same time, these people compliantly acquiesce to the lure of atomic individualism and statistical materialism.
Some argue that the United States is a perfect balance of monarchy, aristocracy, and democracy.  For these Pollyannas, we have achieved an ideal that was put forth by St. Bellarmine himself.  We have democratic elections that choose our aristocracy, and above us all sits a wise executor, the president.  See?  Perfect balance.  Keep wearing those rose-tinted glasses.
The benefit of hindsight, however, has taught us that this representative democracy has been anything but effective.  As we have been learning decade after decade, democracy’s decision-making process seeks to please the greatest number of people; it does not seek to achieve any kind of good or virtuous policy. 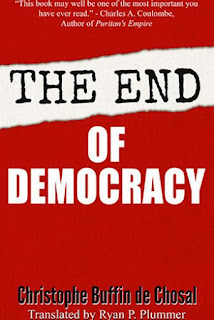 Christophe Buffin de Chosal, in his eye-opening book, The End of Democracy, posits that voting is an activity best relegated to the smaller scale of communities.

“The more a community grows in importance and organizational complexity, the less one ought to resort to voting, for competence then becomes a crucial element of decision-making.  The state, however, which is the most complex and most extensive of human communities, does in fact resort to voting and does not require its deciders to have any particular competence.”

As a result of surrendering decisions to electoral chance, we have given up the idea of allowing an experienced, competent mind–capable of serious reflection–to take the reins and steer our society onto a productive course.  No, instead we have a political culture of obstruction, irresponsibility, incompetence, and placation.  And ultimately, we are left with chaos, oppression, and misery.
You Said What?
Perhaps you may argue: How dare we psychoanalyze ourselves!  What navel gazing!  How dare we even mention going back to the drawing boards!  Shame on Pat Buchanan for second-guessing America’s greatness!
After all, can we not already see that submitting the concept of democracy to fundamental political criticism is evil?  Is not democracy infallibly true?  Is it not an unshakable truth that benefits all cultures throughout the world?  Besides, only fools would dare question the idea that there could be anything better than democracy.
So, don’t worry kiddies!  Democracy will happily “defend” itself!  The contest of ideas is over!  In fact, anti-democratic opinions can be censured.  You can be imprisoned for questioning it.  As Chosal states, democracy fights tooth and nail to defend itself, mercilessly crushing “those who threaten it, and declares, with the coolest self-assurance, that it is on the side of good.”  Democracy is “placed above reason.  Its truthfulness stands outside of any proof or demonstration.”  Challenging this idea is risky and almost certain to cause one to become a blackballed pariah. 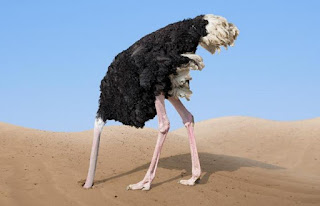 Seriously though, democracy must fight so viciously against its detractors.  Democracy has thrown a wet blanket over everyone in the West, so that the people are deluded and veiled.  This allows corrupt people to exploit the system for themselves.  With such a chaotic milieu of ignorance, the West is now divided, “atomized and unorganized.”  The people conflict with one another, dividing and subdividing on a daily basis.  So the people are now more often than not incapacitated and unsafe from the state–whose nature can change immediately and without warning.
There is no nation or identity, just “a formless and unorganized mass of indistinct individuals” who are “like dough in the hands of the state.”  Voters believe they have invested into something that represents them.  Yet a man’s voice is a mere particle that means hardly anything, and in reality, the democratic state “enjoys a stranglehold on the people that is without precedence in the history of governmental systems.”
As Samuel Taylor Coleridge feared, we have come to a state in which we are “disjoined from all principle,” and the colder-hearted men of our world have become the masters of the political economy.  We are governed “by a contemptible democratical oligarchy of glib economists.”
Blind Without Knowing It
Sir Walter Scott once joked that “it takes only the hand of a Lilliputian to light a fire, but would require the diuretic powers of Gulliver to extinguish it.”  Such is the state of things for those of us trapped in the net of democracy.  For us, “the world is ruled by pamphlets and speeches.”  We are tricked into thinking we have sovereignty.  But the true sovereigns are the political parties we trust with our votes.  We are incapable of either taking a stand or exercising power over anything.
Chosal points out that “free” people such as ourselves are given laws and taxed without consultation “at the initiative of parties who sit in their name.”  The state regulates the schools, controls the media, authorizes our medical industry, stamps our food for approval, controls our money, and fixes the interest rate. 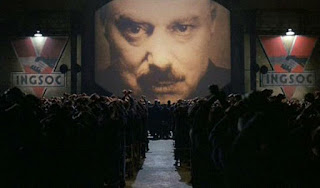 Red-pilled independent thinkers might perhaps joke that the Deep State or Establishment is a sort of political tentacle monster.  Yet the reality is that it is the state itself that is the leviathan.  We, however, are kept pacified through a carefully-wrought system of controls that blind us every minute of the day:

“It would be naive to believe that a lever of power such as the democratic state, which legislates, taxes, instructs, informs, physically cares for, feeds, and so forth, a non-resisting population, would be quietly left in the hands of those elected by the people, at the mercy of their caprices and of electoral chance.  The political parties secured their power quite some time ago in order to evade this risk which the people represent.  But this power evades even them, for they themselves are the playthings of those more powerful than they. 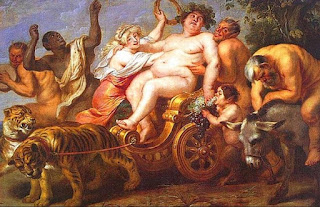 “The people in a democracy are the object of all kinds of manipulations and deceptions.  They were taken from the land by massive industrialization, instructed by compulsory education, and then informed by television.  They believed this to be an effect of their liberation and social ascendancy.  In order that they are oblivious to the chains which bind them, the people are filled to excess by a society of consumerism, are overwhelmed by advertising, and their will is eroded by hedonistic pleasures.  They get over paying taxes by treating themselves to vacations.  The ruling powers encourage them to do so, for inasmuch as they work and enjoy themselves, inasmuch as they pay taxes and consume, they are not involved in politics and they do their part to keep the system going.”

Russian philosopher Vasily Rozanov tells us that ours is a system consisting of an unorganized majority ruled by an organized minority.  We are numbers.  We are raw material.  We are to be without race, religion, or nation. We are to be thoughtless relativists who conform to a crowd, so as to better be ruled over by oligarchs.  The less human dignity afforded us, the better for our overlords.
Our Fate
Our destiny is destruction.  Legions of built up and unresolved problems will crush all societies who fall prey to the vacant idea of democracy. 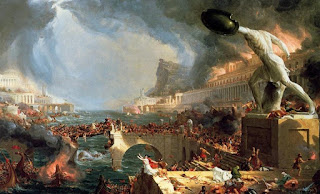 Referendums are rare, and they are often crushed or diverted.  And though the West is enjoying a spate of right-wing victories, these occasions are but a flash in the pan; the glory will not last forever.  The decrepitude of the Democratic West is obvious and irreversible, owing to the nature of democracy itself.  As Chosal sees it, we continue to live in a delusion under the jealous and watchful eye of an unrealistic, artificial political system that is at odds with us:

“Democracy has been a system in perpetual degradation.  It has participated in the decline of the Western world, being both its cause and its fellow traveler.  It is a factor of ‘decivilization,’ and it leaves in its wake disappointed and politically immature peoples.  Behind the screen of its rituals, it consolidates oligarchic totalitarian regimes which shall one day surprise–indeed, this day has already come–peoples who believed themselves free.”

Until the day comes when we witness the horror of societal collapse, we will hide amid our creature comforts and play with our baubles.  Are we prepared to survive without running water?  Can we live through local wars and ethnic cleansing?  And what will be preserved from the world before the Apocalypse?  Chosal has his answer:

“Those who survive all of this will have to relearn the basic instincts of social life–things such as solidarity, authority, and loyalty–and the very first gimcrack contrivance of the decadent Western world they will toss aside, almost without even thinking about it, will be parliamentary democracy.”

If democracy doesn’t deliver, then by all means, let’s dispense with it.