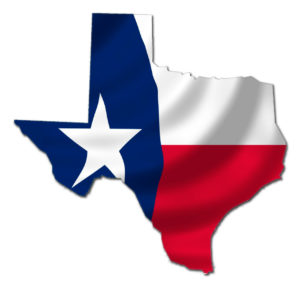 Texas patriot groups have issued a call to action for all Texans to join them Austin, on Saturday, November 4th in standing against leftist insurgency by the Refuse Fascism group. The list of groups purportedly marching with them include, Nation of Islam, New Black Panthers, Huey P. Newton Gun Club, John Brown Gun Club and of course the moronic Red Guards Austin that we remember from back in May. Here’s the whole document which you can find on line here. Men of the West urges you to join these patriots in Austin

We, the patriots of Texas and the United States of America, are calling on all Texans and those from surrounding states to gather in Austin this Saturday, November 4th to stand against the leftist/Communist insurgency marching that day that seeks to destabilize the country. Their march is supposed to start at 1:00 PM so arrive by 11:00 AM. Gather near Austin City Hall to start. Team up with other groups as much as possible for added security.
As many of you know, there will be Anti-Trump marches across the country which are being organized by the group Refuse Fascism. One of these locations is Austin, TX. Their stated goal is to “End the Trump/Pence regime.” Their obvious goal is leftist control. They will be starting their march from Austin City Hall and will likely end up at the State Capitol even though their permit doesn’t cover this. We will be shadowing them over the course of their march.
We have credible intelligence that the following groups will be marching in Austin that day. These groups are DOMESTIC ENEMIES, research them yourselves:

We CANNOT let these people march in a TEXAS city unopposed. We need patriots to show up and be a highly visible presence at this event to let the entire nation know that we will not be intimidated by them or hiding from them safely at home. Gear up and bring your friends.

**THIS IS A DEFENSIVE ACTION ONLY**

We are not going to there to start a fight. However, we will defend ourselves in keeping with Texas law. Many of these groups are known to initiate violence. We WILL NOT be seen initiating violence. The biased media will be covering this event heavily; there will be cameras everywhere. So long as their march remains peaceful, we will remain peaceful and not hinder their march. We can verbally engage with them as long as we’re not making threats. While we expect the police to do their jobs and quell any violence, it is our duty as patriots to show up and be ready to defend against this insurgency. It is our duty to show up and let them know they are not welcome here.
Texas is a particularly attractive target for this group and they are desperately looking for a win. They want to frighten and intimidate Texans into staying away. If they march the streets in a major city in TEXAS and appear to have superior numbers, this will only embolden their comrades nation wide and demoralize patriots in states that are already more hostile toward them. We must show up with overwhelming numbers of people willing and able to defend our state from these domestic enemies.
There are a number of patriot groups already showing up, but we need you to join us. The goal is to be a highly visible presence to show the rest of the country that these people cannot dominate our streets. Even if you’re not confident of your physical ability to stand your ground with patriotic Texans, be there to document the event. The media hates us and will not portray us accurately. It should be obvious that you don’t want to bring children to this event.
Be prepared to be on your feet for several hours. Stay hydrated. Make sure you have an exit strategy. We will leave it to your good judgement as to what gear you should bring. Arrange for good communication with your group. If you can, take pictures and video. Live stream it if you can.

In the unlikely event, the whole thing turns out to be nothing, we will still show that patriots are willing to gather together and be prepared to defend our streets against growing leftist threat to our nation. So talk to your friends, prepare your gear and show up.

If Democracy Doesn't Deliver, Dispense With It.