We are all about good books. We support Castalia House and Superversive Press. We even like Arkhaven comics. We hope you do, as well. We hope you buy some of the great books and comics they offer and continue to do so.
But don’t neglect the classics. Now, granted, there will be some you won’t like. Every story is not written for every man. You will connect with some, but not others. You will find some authors you enjoy and some you do not. That is fine. Just make sure you read some of them – the ones that speak to you in some way. 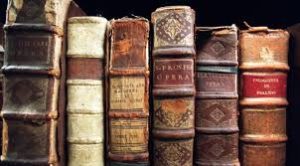 I can remember picking up Cervantes’ Don Quixote and giving it a shot. I got about a hundred pages in, was totally bored, and put it down. There are plenty of good books to read, so I don’t need to waste time on those I do not enjoy. Now, you might pick the same book up and love it. That is well and good.
I happen to love Dostoevsky. I have read every one of his novels and short stories, and there is not a single one that did not give me something to chew on for awhile. If you have never read Crime and Punishment or The Brothers Karamazov, you are missing out (in my opinion). Faulkner (another great author) even argued that everyone should read Karamazov at least once per year, and that was his own habit.
Why should we read these books? Because they give us a realistic look at the human condition. Do you want to know what it means to be a man? Read these books. Do you want to know what makes Western Civilization superior to all other cultures? Read these books. Do you want to see the consequences of one’s actions, both good and bad? Read these books. Before you run off yelling that some of these books have some errors or misunderstandings about what is good and true – fair enough. The authors were not perfect. But on the whole, the benefit we gain from reading them far outweighs any shortcomings.
C.S. Lewis was so supportive of reading old books that he suggested that any one who reads books should read at least 50% old material. Seriously, he said this:

It is a good rule, after reading a new book, never to allow yourself another new one till you have read an old one in between. If that is too much for you, you should at least read one old one to every three new ones.

Why would he advocate the reading of old books? His main point was regarding Christianity, and we at Men of the West are overtly Christian. Lewis pointed out that too many people read books about the old books, rather than the old books themselves. Compared to new books, those classics have stood the test of time and been found worthy. New books have not yet been so vetted. So we are more likely to find consistent, valuable truth in those older books.
Of course, the rub is that many of us find old books challenging for various reasons. For some, the language is too dense. Prior generations had a much stronger grasp of the language than most of us in the modern world, and we are used to reading pablum, rather than meat. All I can say to that is that you need to buckle up and learn to chew the good stuff. It takes time and effort, but it is worth it. Do you want to know how to learn to understand the language of yesteryear? Read it. Then read it again.
For some, they have heard that old books are boring. Poppycock. I can remember hearing how boring Moby Dick was. It was a “great” novel, but very hard to read. Melville should have livened it up a little. I took that as a challenge. I was about 21 or 22 when I picked up that tome and began to read. Within two pages, I was laughing out loud. Why? Because Melville had a wicked sense of humor. The book was hilarious. Now, don’t get me wrong. It is not a comedy at all. It is a very serious work and has some great insights on passion, obsession, and love for one’s closest companions. The humor was simply a subtle technique that Melville used. The novel is not boring at all. Do not trust what others say. In fact, I mentioned how I found Cervantes boring. Don’t take my word on it. Try reading it yourself. You may just love it.
The goal is to immerse yourself in these classics, for they have much more to say that most modern writing. Follow Lewis’ advice and read at 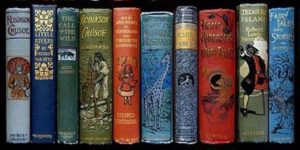 least one classic for every two or three modern books you read. If you can, then split it in half and read a modern, then a classic. You will benefit from this.
You will find authors with whom you connect in meaningful ways, like I did with Dostoevsky. Your classic author may be Faulkner, Hemingway, or some other writer. You will eventually find several, and go back to re-read their books over and over. I have read Faulkner’s novels many times, as I have Flannary O’Connor and Dostoevsky. Some, like Tolstoy, I read once and figured that was enough. Just take the time to find the ones you deem most meaningful in your own efforts to secure Western Civilization.
With that in mind, if you need a place to start, here are a few classics from different subject, genres, and eras. Pick one and give it a shot. Most of these can be read online, if you are so inclined, and all can be purchased very inexpensively online or in used bookstores. If you have any other suggestions, put them in the comments.
Good reading.
Christian Classics
On the Incarnation by St. Athanasius
On the Holy Spirit by St. Basil
Summa Theologica by St. Thomas Aquinas
Mere Christianity by C.S. Lewis
Pilgrim’s Progress by John Bunyan
The Holy Bible (yeah, I included it. It is the most important book you should be reading).

Drama Classics
Anything by Shakespeare, but especially focus on the tragedies. I am partial to Hamlet, and King Lear. The histories are also very good. His comedies are also fine works, but not at the same level as the tragedies and histories.
Doctor Faustus by Christopher Marlowe
Oedipus Rex by Sophocles
Volpone by Ben Jonson
Everyman by unknown author (medieval play)
The Pirates of Penzance by Gilbert and Sullivan

Short Stories
Anything by Flannary O’Connor.
Anything by William Faulkner.
Anything by Edgar Allan Poe.
“An Occurrence at Owl Creek Bridge” by Ambrose Bierce.
“Rip Van Winkle” by Washington Irving.
“The Celebrated Jumping Frog of Calaveras County” by Mark Twain.
Grimm’s Fairy Tales. (They are nothing like the fairy tales you remember. Trust me).

OK, that should be enough to get your started. Once you have bit into a few of these, you will find some you enjoy and will search out other books from these and other authors.
Sure, read the new stuff, but don’t neglect the classics.