Today I wish to discuss an oddity of history and marvel of engineering. She was the largest of her kind, terrifyingly effective and at the same time… outrageously useless. 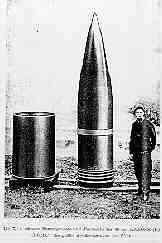 Among the 1,420 men it took to assemble and operate her she was called Dora. Her manufacturer, Krupp, called her Schwerer Gustav. Now she’s simply known as the largest gun ever built.  Krupp began designing the Gustav in 1934. She was meant to be the battering ram that would destroy the famed Maginot Line. Of course, in 1940, when the Germans famously walked around the Line and ruined its men and fortifications, the Gustav was still in the workshops. By the time she was completed it looked as though there was simply nowhere to use her, but still, she was a beauty and terror of such proportions that you couldn’t blame them for trying. I mean, you don’t build a gun like this and not shoot it.
How big was she?  In all honesty, she almost defies description.  Dora weighed in a 1,350 tons. Her cannon was 80 centimeters. No, not millimeters.  Centimeters.  She had a maximum range of 30 miles. For a time, the Germans thought they might get to shoot her at an Allied fortification on Gibraltar, but Spain nixed that.  It wasn’t until 1941 that they finally found something worthy of her. It was a Russian port, so heavily fortified that it was said to be invulnerable to conventional weapons.

Dora was taken to Russia by train, which made sense because she was designed as a rail car, and trains were the only thing big enough to move her. 1,500 soldiers, led by engineers, made up an advance team that laid special double tracks and spent six weeks preparing the site that would eventually be used to construct and fire the great gun.  When they were done, a crew of 1,420 set about assembling Dora on site. Even with the use of two 10-ton cranes, it took between three and six weeks to put her together. It took 500 men just to deal with her ammunition and another 1,000 for target intelligence and air defense.
On the 5th of June, 1942, Dora cleared her throat. True, she was but one weapon among hundreds set against Sevastopol, but her devastation is still legendary. It took her only eight shots to level the coastal batteries that had stood for centuries.  Later in the day she fired six shots, which destroyed Fort Stalin.  Fourteen shots in one day was all they managed. The fastest turnaround was 15 minutes between shots. Still, when you consider the scale of destruction, it was impressive.
On June 6th, they aimed the big gun at Fort Molotov, and seven shots later it was ruined.
Then Dora turned her considerable attention to sea. Amazingly enough, the Russians had buried an huge weapons cache out under the harbor, beneath the sea itself, but they learned that day that what Dora wants, Dora gets.  It took nine shots. Nine shots to burrow down through the sea, more than 100 feet below the sea floor. The final shot exploded inside the cache and destroyed it completely.  She even sank a ship for good measure.
That was that.  Dora was never fired again. She was disassembled and transported back to Germany, but on the way, her trains were destroyed, scattering her parts all over the country side. All that remains today are a few inert shells.
Still, she was a marvel. Virtually useless, and yet undeniably effective.

Spring is coming. Is your garden ready?