First, a brief primer on what is Gamergate.
Deep breath. Here we go.
It started out when it was becoming obvious crappy games were being lauded in the gaming industry press because of personal ties to the developer. Oddly, the spark that set it off was because of Zoe Quinn and her, er, “game” Depression Quest. The “game” is a slideshow that asks a few questions but was getting great reviews. Her ex-boyfriend revealed how she had been sleeping around to use games journalists and others in the industry to advance her career.
Suddenly, it was a full court press against gamers by the game industry press. “End of gamers” became their battle cry. It didn’t matter the reason, some said it was because of misogynistic males, or bigots, or homophobes, or capitalists, or conservatives, or racists, or rednecks, or spoiled brats, or… The upshot was that gamers were thinking Wrongthoughts having Wrongfun and enjoyed Badthink. Games, maintained the progressives in the industry, should dump being ‘fun’ and focus on issues and reeducating the idiots. And they, the industry press, were just the right people to tell others what they should and shouldn’t like.
Gamers of all walks of life took a long look at the situation and decided enough was enough. They said ‘Nope’ and rallied around the hashtag Adam Baldwin, he of Firefly and Chuck fame, created because of similarities he saw in the situation to Watergate.

Chaos ensued.
A lot went down on Twitter, before Twitter was infested with SJWs and began their slide into oblivion. Other social media sites were hotbeds of activity. 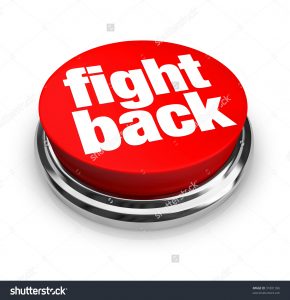 Gamers fought back and fought hard, eventually bringing about changes for official policies for game news sites, shut down the various lawsuits and falsehoods about games and gamers, and achieving victory after victory. The war still goes on; the SJWs won’t quit, but it’s simmered down.
Out the craziness emerged more than a few lessons on how to take on the institutionalized Progressives and win.

So how does this work for the Men of the West?
Apply the lessons to defense of family, country, and God. If a bunch of gamers can do it, so can we.

Man of the West: William Hatcher