Libertarians will not make any political progress in the foreseeable future. There’s no party unity, and they can’t even get along with each other. The candidates range from pretty solid to ridiculous. The convention is a joke. 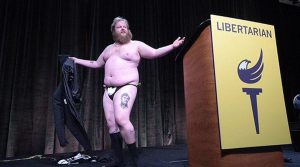 Libertarian principles are great on paper, but they require the right conditions to flourish. Unfortunately, many libertarians don’t realize this, and they are against policies that are necessary for those conditions. If the reader is languishing in Libertarian Party irrelevance, here is a trail of bread crumbs to find your way home.
Libertarians must dispense with the open borders policy.  Those hordes of immigrants crossing the border don’t care about the non aggression principle, and they aren’t interested in the same form of government you are. Those with amenable ideologies are welcome. Extreme vetting is necessary.  It should be obvious to anyone that freedom doesn’t exist everywhere, and that not everyone is capable or even wants the freedom that we have, or the responsibilities that come with it. Come to the nationalist dark side, young Jedi, renounce your open borders, and stay free! 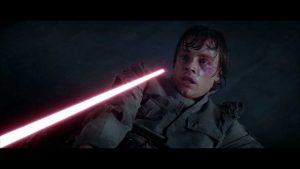 More importantly, libertarian Christians should consider the Alt-Right. We aren’t the racist Nazis we’re made out to be. A Christian realizes that we are endowed by our Creator with rights. If there is no God, there is no such thing as rights. Faith is integral to a free society. The most murderous and oppressive governments in history were atheist, and that isn’t just a coincidence. The vision of a secular paradise is a trap. The Christian precept of loving your neighbor as you love yourself makes for a much better society than a stupid non-aggression pact.
There’s nothing there for you in the libertarian party, Christians. It is a party of gay marriage, abortion, and drug addled political nonsense. While you may have been indirectly supporting those things because you are against a government with enough power to regulate them, one only needs to look around. It was a mistake to unfetter the homosexual agenda. They’ve taken the inch and are demanding the mile. You can’t just tolerate them; you will celebrate them, or else. Next they will try to normalize pedophilia. Our society is descending into perversion. That is not freedom, it is sickness that leads to death, and we must reverse it.
We don’t want a theocracy. We don’t want the government running our lives. We understand that taxation is theft.  We’d like to get back to a government of the people, by the people, and for the people, but that is only possible for a people with a common cause. I think libertarians share our cause more than anyone else.

Gamergate as an effective template for defense against SJWs