Editor’s Note: This is an adapted transcript of the note sent by General Robert E. Lee to the Confederate soldiers before the Battle of Spotsylvania in May 1864. The transcript we used was fully annotated with all of Gen. Lee’s cross outs, corrects, and additions. We have done our best to remove those, and retain the actual message given.


The Commanding Gen takes great pleasure in announcing to the Army the series of successes which by the blessing of God, have recently been achieved by our Arms. A part of the enemy’s force threatening Virginia has been intercepted by Gen Imboden and driven back by the Potomac, with the loss of their wagon train and a number of prisoners.,
Another body of the enemy under Gen Averill penetrated to the Va and Tennessee Rail Road at Dublin’s Depot, A portion of this force has been defeated by Gen. Morgan & WE Jones, who are in pursuit of the remainder.
The Army of Gen Banks, which invaded western La, sustained a severe defeat at the hands of Gen Kirby Smith, and retreated to Alexandria with the loss of several thousand prisoners, thirty five pieces of artillery and a large number of wagons. Some of the most formidable gunboats that accompanied the expedition, and many transports, have been destroyed by the enemy to save them from Capture. I report that our troops have interrupted the navigation of Red River below Alexandria.
The expedition of Gen Steele into Western Arkansas has been driven back by Gen Price who captured, with the loss of his wagons and artillery. Only a small part of Gen Steele’s army has succeeded in reaching Little Rock.
The cavalry force sent by Gen Grant to attack Richmond has been repulsed and retreated towards the Peninsula and every demonstration of the enemy south of James River has been successfully repelled.
The heroic valor of this Army, under the blessing of Almighty God has thus far checked the progress of the principal Army of the enemy towards Richmond, and inflicted upon it heavy loss Your country looks to you in your gallant struggle with confidence and hope. Encouraged by the successes that have been vouchsafed to us, stimulated by the great interests that depend upon the issue, and sustained by the prayers of those in whose defense you fight, let every man resolve to put forth his utmost efforts, to endure all and brave all, until by the assistance of a just and merciful God the enemy shall be driven back and peace secured to our country. Some of our bravest officers and men have fallen, but their surviving comrades, not less brave, will emulate their glorious examples, and continue to emulate their valor It depends on you to see that they shall not have died in vain. With the blessing of God, it is in your power to defeat the last great effort of the enemy, secure independence to your native land, and earn for yourselves the lasting love and gratitude of your country men and the admiration of mankind. 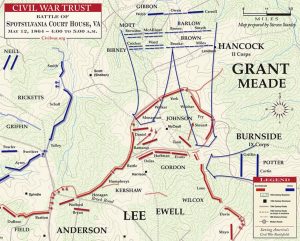 Amalek and the Left