I recently made a post to explain why we give specific attention to Generation X, those born between 1961-1981  (using Strauss and Howe’s 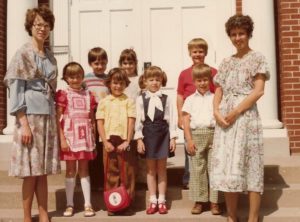 methodology), on this site. One of the points in that article was that GenX has come to recognize the role that religion plays in society. In fact, I would go so far as to state unequivocally that Christianity is absolutely required for a healthy society. That does not mean that every single person must be an active Christian, but rather that the underlying ethos or foundation of a healthy society is built upon Christian principles.
I pointed out that Xers are half as likely as Boomers to reject the Christianity in which they were raised and view Christianity as a vital component of Western Culture. I would like to expand on this point a bit more.
According to Pew Research, 70% of Xers identify as Christian (of one sort or another). Only 7% identify as atheists or agnostics. Admittedly, 17% are not sure exactly what they believe, but it is evident that the vast majority have hitched themselves to a Christian worldview. 84% of Xers have a serious belief in God, being absolutely (or fairly certain) that He exists. (Another 5% think God probably exists, but are not exactly certain, so if you add them in, we get to 89% who have at least some semblance of a belief in a Higher Power).
That same article points out that 78% of Xers see their religious views as being an important part of their lives, and 69% attend religious services at least once per month. 56% pray at least daily, and another 16% pray at least weekly.
This religous connection leads to contentment, with 73% of Xers reporting that they have some tangible sense of regular feelings of peace and well-being. 72% of Xers believe in heaven.
So what is it about this group that has latched onto Christianity? I mean, we were the “slacker” generation. In the late 1990s, there were numerous articles that lamented how many Gen Xers had rejected Christianity. So what happened to cause such a major shift? 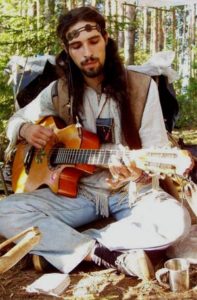 Well, first, the shift is probably overblown. What Xers were rejecting was the sentimental “feel-good” religion that was pushed on them in the 1970s and 1980s. Being confronted with images of flower children, sitting around a camp fire, holding hands and singing “Kumbaya” can elicit a visceral purgative reaction amongst Xers. I can remember the shallow, theology-devoid devotional songs that our Boomer youth leaders foisted upon us, and we hated them (the songs, not necessarily the people). So yes, Xers did reject that nonsense, but that does not mean they turned their backs on God or the Church.
The linked article above, lamenting the Xer rejection of Christianity, actually points to what we viewed as more  important that superficial buddy-Jesus. In fact, it raises some great points about the Christianity that Xers hold so dear:

Now that is not the whole list from the article, and I would argue that some of the others are not really relevant to Xers. Of course, the research that led to the article came from a Boomer, so he was trying to interpret Xers to a Boomer audience, and I think he missed a few things. Also, the article is 20 years old and Xers have grown up since then. Some points might have been true when we were young adults, but are no longer representative who we have become (we do appreciate change, remember).
Second, GenXers are pragmatic. We do not want to waste time on useless busy work. If we did not believe the claims of Christianity were true, we would not adhere to the Church. We would look elsewhere. Yes, we can be cynical, but that cynicism allows us to see through the smoke screen of charlatans. The very fact that the vast majority of Xers are devoted to Christianity is strong evidence that there is something of value to be found there.
We recognize that the drift away from Christianity over the past 150 years (and especially in the last 60) has led to a breakdown in society. It 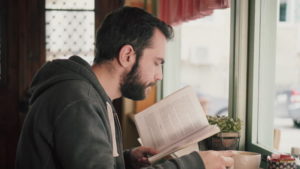 is often claimed that GenX is less educated than both Boomers and Millennials, and if you want to talk about college degrees, that is true. But if you equate education with knowledge, rather than a framed diploma, then I would argue that Xers are one of the most educated generations in many, many years. Much of our education was learned the hard way, by living life and learning from our mistakes. It was hard earned, but it has stuck.
If you consider the Xer tendency to shy away from wasting time, you realize that many eschewed a college education because they saw little value in it. Who wants to take a class on gender studies or be forced to take a class that berates men for some SJW view of the failures of patriarchy? Not Gen X. So we skipped it and read books. I have had better conversations on historical topics with other Xers (many not college educated) than I have ever had with Boomers (and don’t even get me started on the history-retarded Millennials). [Caveat: I am one of those Xers with multiple graduate degrees, so I do not really fit that stereotype, but I will say that my collegiate experience supports this view. Most college profs I know have very little useful knowledge about how the world works]. This is one reason why the argument, “but, I have degree in such and such a discipline,” carries little weight with us. Give us facts, not credentials.
So if we understand that Xers are not stupid or uneducated in any way that really matters, we can understand that by experience and a study of history, we have learned that without Christianity, society is doomed. Some of us learned this via personal experience. We drifted away from the Church, lived a hedonistic lifestyle, and realized that it led to nowhere. Some of us never left our faith, and simply formed our views by studying, because yes, Xers study. We are insatiably curious. We are always looking for ways to improve and adapt to be more efficient. There is nothing more efficient in changing individuals or society than Christianity. In fact, it is the only way.
And that is why Generation X goes to Church and why we encourage you to do so, as well.

The Story of the Malakand Field Force (Part 14)