Editor’s Note: Rolf Nelson, author of many great books, and friend of these pages, shares some thoughts. You can see more from Rolf here.

In which Fountain Pens are like Reloading, and I had an insight into scripture….

To the novice shooter, guns might seem simplicity itself. Gun+ammo=boom and death-blossoms. Bigger guns make bigger booms. Fini. Right? How hard can it be? When a gun nut shooting enthusiast like myself gets asked a question about a technical detail of guns from an utterly ignorant but not ill-intentioned gun-weenie, (like “can you explain the names of the bullets so I can buy the best ones for my boyfriend? I think he’s got a 30 mm or something like that,”) the mind boggles at the possible ways to answer it. You have 3 seconds to balance technical accuracy, history, questioner attention span and IQ estimate, safety information, and thousand other things, and then navigate the right lesson with an avuncular tone that will help educate more than hinder. Do they really need to know the “why” on .30-06 Springfield vs. .308 vs. 7.62×39 vs 7.62x54R, vs. the cool new wildcat in 300 Herculean… No, stop. You just need to know what exact -cartridge- and gun type they have, and what they plan on doing with it, and what they normally shoot, and where they’ll be shooting, and what budget they have, and do they reload so do they care about military sealed primers and boxer vs Berdan primed and does the range allow you to sweep up the brass and… OMG MY BRAIN IS MELTING!!! Not a good time to gama-sperg. KISS is your friend.
You see the problem. To a serious shooter, there are a nearly infinite number of variables and details to reloading and shooting, and in any given situation a different one might be “most important.” Just looking at a single common cartridge, the .30-06 Springfield, you have a choice of 122 different types of ammo at MidwayUSA.com, and if you look in the reloading supplies there are 7 brands of brass and 320 potentially usable bullets in .308 diameter, along with scores of smokeless powders and more than a dozen types of large rifle primers that could, in a pinch, do. 7x320x40x12=896,000 possible combinations, most of which are very NOT “best.” And all that is without getting into esoteric cartridges or individual variations that crop up with unusual manufactures or older guns (what, “best” for a Turkish contract rebuild of an Eddystone Lee-Enfield, with a sporterized homebrew stock and BOSS? Uhhhh…. Yeaaaahhhhhh.)  And picking which of them is “best” requires knowing barrel twist and length, expected use, etc.
And yet, when we turn to a new thing, we often ask the “how complicated can it be?” idiot inquiry ourselves. “Fountain pen. Ink. Paper. What could possibly go wrong? I mean, it’s not like it’s a new technology, right?” 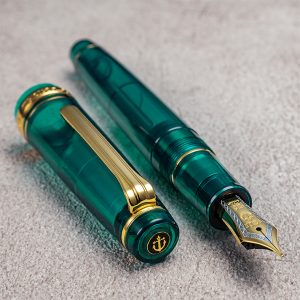 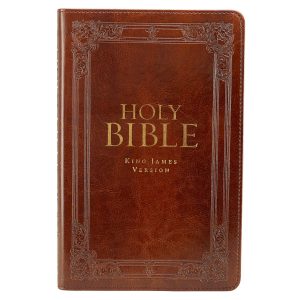 Parish/Synod/Creed/apocrapha/ Alexandrian Texts and translation issues, NIV, Douhey-Riems, KJ, NASB, etc? Uh….. Where to start? Where CAN you start? Genesis? But the New Testament supersedes the old, so should you really start there? But what about confession and baptism, and what’s this Filioque thing all about? BLAAAAAA, OMG MY BRAIN IS MELTING!!!
What’s the best gun? Go to the range with a knowledgeable person, try a bunch of them, ask a gazillion questions, see what works for you. It may not be what you were expecting.
What’s the best fountain pen? Buy a bunch, and a variety of ink, maybe visit a stationary store that has a load you can “test drive,” play with them for a while, watch a bunch of videos, ask a gazillion questions, expect a lot of “meh,” and figure out what seems to work well for you.
Treat gently those who find themselves on your doorstep, not comprehending, uncertain but looking for answers. Do not overwhelm them – most have a limited bandwidth for new, world-view-altering information of huge complexity, depth, history, and reach. Be honest, but do not move so fast they cannot keep up. Be careful, and good luck with the reloading, the writing, and spreading the word. But do it none the less.
And, on a related note, I think that the Beau and the other founders of the real Order of St. Possenti have it exactly right, on introducing the various branches all at once, giving novices the time and space to learn and come to a decision of which branch of the faith speaks to them, so they may pursue it in full confidence it’s the right fit for them, and where they are at the time.
God, guns, and the written word – what made America Great – all in one essay. Happy New Year!

The Immortal Story of HMS Illustrious