We have argued that President Donald Trump’s primary need is to build the wall along the southern border. The issues surrounding immigration are the reasons he will be reelected in 2020, or lose disastrously. Sure, there are lots of other important issues: taxes, infrastructure, debt, etc. But even if Trump is able to get our do-nothing Congress to pass bills that fully and completely address every single one of those other issues, it won’t matter if he fails on immigration. 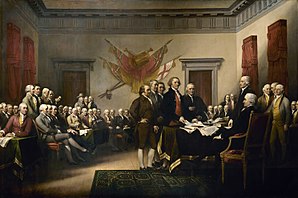 Our position has always been that the United States of America was conceived and built upon a foundation rooted in Western Culture. That necessarily means that it is wholly European, designed to be an appropriate place to live for those of European descent. Certainly, there have always been non-Europeans living here, but they were a minority of the population, and while they might have some local control over politics, at the State and Federal levels, White (European) Americans held the power, and they continued to work within the framework of Western Culture.
No, everyone did not agree on everything. There were (and are) sharp differences amongst the progeny of those Founding Fathers. That is fine and to be expected, but at the same time, the playing field remained constant. That all changed in 1965, when the Hart-Celler Act was signed into law by President Johnson. This immigration law opened the doors to immigrants from non-European countries, and they began to flood in. The Reagan Amnesty in 1986 exacerbated the problem, despite the promises that it would not. But my point here is not to focus on those two (or other) political topics. I want to focus on how it has affected voting patterns and results.
We will focus on the white vote in the presidential elections since then.
1968
Nixon (R) 47% white vote
Humphrey (D) 38% white vote
Wallace (I) 15% white vote
We could assume that if Wallace was not in the race, most of his voters would have gone to Nixon (or stayed home), which could bump Nixon’s numbers up to perhaps as high as 62%. That is supported by the results of 1972.

In each and every election, outside of 1996, the Republican candidate won the White vote. We could argue that in 1996, if Perot was not in the race, Dole would have siphoned off most of those white votes, as well. Now, we also have to point out that these are total white votes, including men and women. Women tend to skew further left than men, on average, so if this was only white men voting, then the Republican winning percentages would be even higher. Regardless, even with the female vote included, whites have supported the candidate to the Right every time (with the one exception, which I still argue would have gone Right without Perot).
Yet, how did those elections turn out? Carter in 1976, Clinton in 1992 and 1996, Obama in both 2008 and 2012 all won their elections. Why? Because of the increase in non-white voters.
Interestingly, the victories seem to get larger over time, as well. While Carter won in 1976 without taking the white vote, his overall victory was only 2% popular vote and a mere 57 electoral votes. Compare to Clinton in 1992: 4.5% popular, 202 electoral. In 1996: 8.5% popular, 220 electoral. Now, look at Obama in 2008: 7.2% popular, 192 electoral. In 2012, the unpopular Obama still handily won with a popular advantage of 3.9% popular vote and 126 electoral.
So 40 years ago, even after Watergate, Carter squeaked out a win, with minorities overcoming the white preference for Ford. Since then, it has taken overwhelming white advantages to overcome the increasing minority vote. A Republican candidate that cannot carry nearly 60% of the white vote is in trouble.  You want to know why Clinton lost to Trump? She only carried an anemic 37% of the white vote.
If things remained static, we might be able to maintain some semblance of stability, with both major parties winning a few and losing a few. However, immigration is the game changer. The more non-whites that enter the country and are able to vote, the less likely those on the political right will be able to win. At present, Whites are still the majority of voters, so we have been able to keep our heads above water, barely. Current projections are that Whites will be a minority in the United States by mid-century. That means that in 30 years or so, non-Whites will be unbeatable at the polls. In fact, races are already so close, that it won’t take that long.
Don’t take my word for it. Just read this Boston Globe article. They clearly state:

Foreign-born Americans and their descendants have been the main driver of U.S. population growth, as well as of national racial and ethnic change, since passage of the 1965 law that rewrote national immigration policy. They also will be the central force in U.S. population growth and change over the next 50 years.

Note those numbers. We have seen this shift over the past half century, as immigrants moved from 18% to 26%. Only 8% difference, but look at how much impact they have had. This does not even include the non-whites who  have not immigrated during that time. But in a few decades, these numbers will rise astronomically. 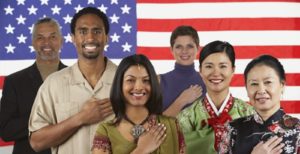 That is simply unacceptable, if we hope to maintain and restore true Western Culture.
And that is why Immigration is the most important issue on President Trump’s plate. He can win every other battle, but if he fails in this, he accomplished nothing.
The wall must be built. DACA must be ended, and those so-called “Dreamers” must be sent back to their countries of origin. Not only should illegal immigration be stopped, but so should legal immigration. My preference is that there be absolutely no immigration, at least for period of time. That might not be feasible, however desirable, so at least repeal Hart-Celler. Return to pre-1965 immigration policy. Anyone who breaks our immigration laws should be jailed, as we have argued in an earlier article.
Immigration is the topic that matters for the future. Demographics are destiny.