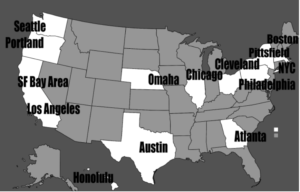 Hopefully you are aware by now that on November 4, 2017, a group called “Refuse Fascism” will hold organized protests all across the country for express purpose of ousting Donald Trump from office. I suppose they think Trump will be so awestruck that he’ll instantly step down and that will be the end of that. For all of their misguided nonsense, this isn’t something to be taken lightly. There will be people on the streets of major American cities and many of them will be looking to do harm. Mixed in with the average Trump hating normie, you’ll find Antifa and other Communist and subversive groups. I urge you to get a group of friends together and show up.
A lot has changed since our May Day adventures with Red Guards Austin where I punched a commie, and took their flag. Since then, we’ve seen the establishment of the John Brown Gun Club and Redneck Revolt, two left wing groups that have taken up arms to resist capitalism and anything the view as oppressive. In short, they are Communists. Because they are Communists, they must be dealt with harshly. There are other groups as well, some that have sought publicity, others that try to stay in the shadows. We know they’re being funded and I’d like to see some brave people dig up the sources of those funding and expose them. 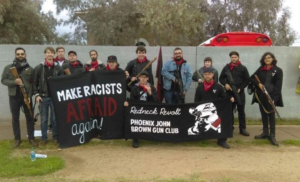 No one knows exactly what’s going to happen on November 4th. I hear people say it’s just going to be sound and fury and with no substance. Others are saying its going to kick off an unprecedented civil war. There are a lot of variables. On the West coast, the only armed resistance they’ll meet is from police, who are often sympathetic and will stand down and let them wreak havoc. In other states, it will be a mixed bag. I will personally be in Austin on November 4th to let these bastards know they can’t overrun my state without severe consequences and I won’t be alone. More about that shortly.
I hope the whole thing is a dud, I really do. It would mean that people aren’t taking these left-wing lunatics as seriously as they used to. I’m more than happy to show up, and have nothing to report but small crowds and peaceful outcome. That outcome seems less likely every day. That’s why I want you to show up. I don’t expect all of you to get up in their faces, many of you simply aren’t equipped to do that; I understand. But show up. Get pictures and video and submit them to Safe Streets Project where they can be cataloged and indexed. Load up a wagon full of water bottles and pass them out to patriot groups. But show up. They need to see that we are not intimidated by them. But whatever you do, make sure you have good team communications and an exit strategy in case things go south. If you’re not prepared to fight your way out, stay on the periphery. 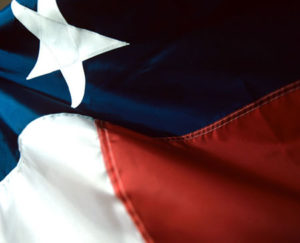 Let’s get back to Austin. Austin is different than the rest of the cities for several reasons. Yes, it’s Texas, but there seems to be a lot of Communists here. We’ve confronted and defeated Antifa and Red Guards Austin before. So far, in Austin, the police have NOT been sympathetic to these morons, but that could change. We have a Conservative governor but a liberal mayor and police chief. In Texas, you can not only open carry rifles in public, but as of recently, all restrictions on carrying knives in public have been lifted as well (there are exceptions for schools, hospitals and government buildings).  We may very well see these people on the streets carrying machetes, swords and who knows what else? We’ve already seen them carrying rifles. That means we can carry them too of course. We know they won’t be well trained, but when it comes to blades, they really don’t have to be, they just have to get lucky. I have no specific reports that they have been doing edged weapon training, but I don’t want to underestimate them either.
Why not just let the police do their jobs? We are not expecting to supplement law enforcement, that’s not the purpose of showing up. As was demonstrated to me this past weekend, if it all goes so badly that cops need to be rescued, we don’t stand much of a chance either. We’re showing up to let them know that the good people of Texas don’t want them there and that their violence and Communist machinations will not be tolerated. I’ll be writing more about this as the day gets closer.

Men Of The West Now Has Caps