Author’s Note: This article is going to have lots of info about John Wick Chapter 3: Parabellum. If you have not seen the movie yet, I would recommend that you do so before reading. Beware of spoilers below.

This past Thursday, I teased this current article. In fact, I got more involved when writing the teaser than I had intended, but it worked out pretty well, I think. In that teaser, I mentioned:

I have another article idea percolating, but I have to actually watch the movie to see if it will work. I mean, I can do the article anyway, but I want to use the movie as the subtext for my points, and after watching the trailers for the movie, I think it is going to be fine, but I need the specifics. 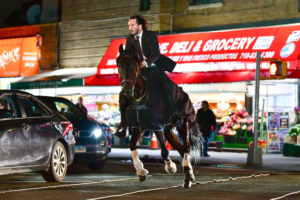 Well, now I have watched the movie. And I was pretty much on point with my expectations, though there were a few things I had not foreseen, and to be honest, they make my overall observations even stronger. In fact, they align well with things I have observed in the real world, but had not yet noticed in the John Wick franchise.

On Thursday, I highlighted three major groups that make up the movies’ characters and how they might be related to the real world. I said those groups were:

Here is where we can add something new, especially regarding Group 1, The Establishment.

The Establishment is not monolithic. It is not simply The High Table and The Continental. In fact, we find out that there is one man who is over all of those entities. He is able to override “lower” decisions. In a sense, he is the emperor, and the whole world is his domain. Not only that, but the various sub-groups can be in tension with one another. So Winston and the NYC Continental can be declared “Desanctified” and no longer hold authority, meaning that killing can take place there. The High Table and Winston’s groups can even fight with one another, not to mention the fact that The Bowery King can also be punished, and turn on the recognized authorities. All of these sub groups are part of the Establishment, but they all have their own agendas. 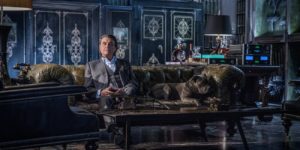 Even more striking is that every single one of them is corrupt. Without exception. When John, hoping to find a way out of the contract on his life, finally meets the ultimate Overlord, he finds that the man is just as corrupt and petty as those subgroups that he oversees. There is no real concern for John, beyond what he can provide to The Establishment.

In a sense, The Establishment has come to exist only for the sake of existing. The powers that be work to maintain their hold on power. There is no real reason or purpose. Just power. And big spoiler here – I meant it when I said WITHOUT EXCEPTION. I don’t care if Winston has been friendly to John in the past; when push comes to shove, Winston, The Bowery King, The High Table, The Grand Poobah — all of them — strive to keep power, and John is seen as merely a means to an end. (OK, to be fair, I am projecting a bit on The Bowery King, but I think this description will fit him, as well. We will see in Chapter 4). *

If I would equate The Establishment to a real-world entity, it would be the Government/Corporation/Media conglomerate that tends to hold power. They do usually support one another, with money changing hands and back-scratching galore, while they have the occasional internal dispute. Those disputes are usually fairly minor, in the grand scheme of things, and they all work together to maintain hegemony. They are not afraid to banish or destroy a single subgroup, if that will (in their minds, at least) keep the whole organization in power. Meanwhile, the other groups all suffer in the long run.

Now, to shift focus a bit, one thing that John Wick 3 does not really have, compared to the first two films, is the third group – The Younger, “Dishonorable” Assassins. In this third film, that group is not really represented in a meaningful way. In a sense, the movie has moved past them, perhaps equating them as a failed product of a failed system. They are who and what they are because of the system, and John’s focus is no longer on the symptom. He is trying to target the disease, and  that resides in the system itself – The Establishment.

This is where I really failed to notice something important in my earlier analysis. At the end of John Wick, Chapter 2, I thought John was already gunning for The Establishment,  hence the quote he provides there:

Well, in reality, he was simply in survival mode. He was not looking at the big picture. He was simply looking at killing whoever came after him, which is understandable. What we find in the third movie is that John still wanted to work within the system to solve his problems. It is this third installment that opens his eyes, and makes him realize that it is the system that is the enemy.

For many of us, we came to that realization long ago, in the real world. We know that, at least, there needs to be a shaking up of The Establishment. Forgive me for thinking John Wick had realized that by the end of part 2. I put thoughts into his head. Without a doubt, however, by the end of part 3, he has made the connection. No longer is he going to focus on individuals who come after him. Now he will be coming after the whole shebang. The final scene in Parabellum has the severely injured Bowery King asking the even more drastically hurt John Wick if he is pissed off yet. John’s concise reply, and the final word of the movie is, “yeah.” Suffice it to say, I am eagerly anticipating Chapter 4…

But to return to the second group listed above, the Older, Honorable Assassins, which would include John Wick himself, we get a good glimpse of this group in Chapter 3. The members of this group are often pitted against one another, with special focus on Zero and John, but both do their tasks with honor. John, and a few others, are coming to realize the system must be shaken and torn down, while others are not yet that far along in their thinking, but they do maintain honor. They do what they do because they think it is the right thing to do.

Not so much for The Establishment. As mentioned earlier, their only goal is to maintain power, and they do not care who gets hurt in the process.

OK, that is enough of the movie analysis. Let’s look more at how this fits our own real-life situation.

So I have argued that The Establishment represents the Powers-That-Be, including government, corporations, media, etc. That is the reality in our world today. We also see that the Establishment is not afraid to turn on its own subgroups, if that is what it takes to keep the whole edifice in place. So, by the end, The Bowery King is no longer aligned with the Establishment. We see that these rulers have cut off their nose to spite their face. They open the door for John Wick to bring down hell-fire on them, supported by a former Establishment component.

We see this today. We see members of our own Establishment turning on themselves. How friendly do you think James Comey and John Brennan are today? They are taking turns throwing each other under the proverbial bus.  That is just indicative of even larger rumblings that are taking place beneath the surface. Seriously, have you listened to the dementia-laden ramblings from the addled mind of Nancy Pelosi, and realize that she was chosen to be Speaker of the House? Why? Because she was seen as being most likely to help them keep the masses satiated with soma, thereby keeping power where these folks think it belongs. 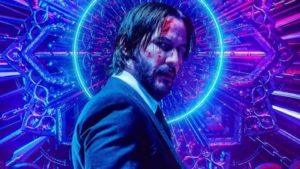 John Wick has no choice but to bring The Establishment down.

* It is possible that Winston has not really turned on John, but only wanted to seem to kill him, but knowing that he would survive. If so, we have two possibilities: 1. Winston also wants to bring down the High Table. Why he would do this is unclear, but we either have a guy who wants to become the new Grand Poobah, or someone who is very altruistic, especially regarding John; 2. Winston just wants to keep his place at the Continental, and knew he had to at least appear to be trying to kill John, but hoped that he would not be successful (we see something similar with the Chinese doctor at the beginning of the movie, when John had to shoot him twice so that it appeared that John had tried to kill him). So I leave this one open for now. My gut feeling is that Winston was trying to kill John, but I am not so convinced that I will close the door on it. We will have to wait for Chapter 4.

On Abortion: An Open Letter to Michael S. Rozeff at LewRockwell.com