By now you’ve heard it many times…  the claim that Obama deported more illegal immigrants than any other president.    The claim is absurd on its face… and it’s one that anyone living outside of a liberal urban bubble can see.  But it is nevertheless taken as iron-clad fact inside those bubbles.  Because Snopes.
So let’s take a good look at the numbers that are used to justify this claim.  For one thing, this is very instructive in the way the left creates a narrative.    The claim goes like this:
As of 2015, more than 2.5 million undocumented people had been deported by immigration authorities since President Obama took office in 2009, a total which is indeed record-setting. During the two terms of his predecessor, President George W. Bush, just over 2 million people were deported.
Now…  according to snopes.com, the claim is supported by the ICE reports.  We see that there is a strange claim…  it claims that 2013 was a record setting year with 435,498 deportations.   To anyone that knows their 20th century US history, that should raise a red flag.  But let’s deal with that later.  Let’s instead take a minute to actually examine the ICE reports during the Obama years. 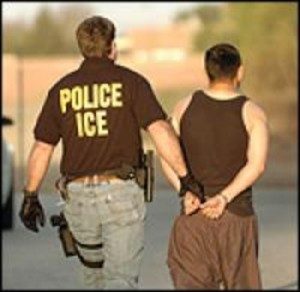 Odd…  according the ICE report from 2013, there were only 368k removals.   Oh… and those removals aren’t actually all deportations.  ICE has two different classifications… removals and interior removals.  When you think of deportation, you think of someone inside the US being apprehended and kicked out of the US.  But that’s not all ICE tracks. ICE also tracks those that they turn away at the border.  This greatly inflates their numbers.  So if you look at only interior apprehension numbers for 2013, we find ICE actually only deported 133k.
So what you see here is that the only way you get to this 2.5 million “deportations” under Obama is if you somehow define turning someone away at the border a “deportation”.   And given that we’ve already established that they are exaggerating the 2013 numbers by around 20%, we should probably look at the rest to see how  close to 2.5 million we actually get.  Whoops…   if you add up the ICE report numbers from 2009 to 2016, you get 2,352,820.  Which for the record… is not more than 2.5 million.  Not only can these people not follow statistics… they can’t add.
So… in other words… their claim is based on only ICE numbers… which include not only deportations, but also people stopped at the border.    And you know what’s worse?   Remember that claim that 2013 was a record year for deportations?  In 1954, under Operation Wetback, there were over 1 million apprehensions and deportations.  Note… I’m not talking about border stops.  I mean interior apprehensions and formal removals.  So how then could 2013 possibly be a record year?  It can’t be.  Those making the claim are just betting that you will not know about Operation Wetback.  And they are betting that once they tell you to check the ICE reports, you will give them a quick glance and assume they are correct, rather than actually taking the time to look at what all those big numbers actually mean. 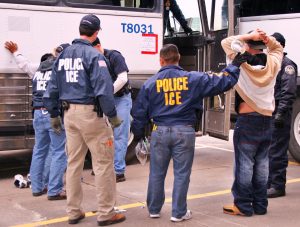 By now I’m sure this is all clear as mud. With very good reason…  You see, Obama’s administration completely changed the way ICE counts these things.  So it is extremely difficult to compare his ICE numbers to those before him.   As always, when it comes to government statistics, the Platinum Rule is “no one knows anything.”  There are stats for everything, but none of them are consistent, and all of them are manipulated to the point that the data is largely useless.  If you want to make any random claim… you can find some way to cherry pick the numbers to make it sound true.  So they grab these ICE numbers and inflate them, because they don’t think you’ll check.    So when you call them on their BS… they pull up snopes to “prove” themselves right.  You only see through their BS when you go the real source… the ICE reports themselves, and note the inconsistency.  Well… unless you know your US history.  Then you know from the get go that all of this BS.
Now you know the truth.  Obama’s deportations aren’t deportations at all.  If you add up all of Obama’s actual interior apprehensions and formal removals, you don’t get to what Operations Wetback accomplished in just its first year.
Remember…  as our friend Vox Day says…