It is not the first time such a thing has been advocated in the United States. If you are up on your history, you might recall that in 1933, various Business Leaders attempted a military coup, referred to as the “Business Plot.” The man they had chosen, without his knowledge, to lead that coup brought it to light, because he was a true patriot. He was no fan of FDR, but Marine General Smedley Butler would have nothing to do with such a nefarious undertaking. 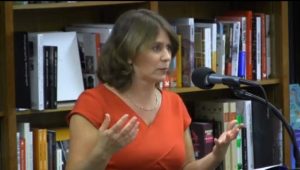 Still, it is a pretty rare thing in our country for someone to openly call for a military overthrow of an elected President, especially since it is illegal to do so. Yet that is exactly what we have heard from the Left over the past couple of days. Former Obama Administration official, Rosa Brooks, who is now a Fellow at a George Soros-funded New American Foundation, penned a blog post for Foreign Policy magazine, wherein she provided four ways to get rid of President Trump. Her least preferred method? Waiting to elect someone else in 2020. She then listed three other options: impeachment, declaring him mentally unstable, and military coup.
This moronic agitation fits nicely with the nonsense spouted by the third-tier actress and comedienne, Sarah Silverman, who also called for a military coup. Silverman was even more blatant that Brooks: ‘WAKE UP & JOIN THE RESISTANCE. ONCE THE MILITARY IS W US FASCISTS GET OVERTHROWN. MAD KING & HIS HANDLERS GO BYE BYE.”
This makes me wonder if these idiots can read charts or polls. Military vets broke for Trump at a 2:1 rate. Polls just before the election showed Trump winning 3:1 over Clinton among active duty military.
Trump has put numerous retired and reserve military men in top positions in his administration: General James Mattis, General John Kelly, General Michael Flynn, and even his Press Secretary Sean Spicer, who is a Commander in the Naval Reserves.
So let me get this straight. Active Duty military members overwhelmingly voted for Donald Trump. Military Veterans overwhelmingly supported Donald Trump. After morale in the military had sunk to historic lows during the Obama years, there is now an upswing in optimism. His win was even compared to the day that Osama Bin Laden was killed. The Trump administration is filled with military men and women. Former servicemen, such as Kris “Tanto” Paronto, Mark “Oz” Geist, and John “Tig” Tiegen (all three of Benghazi fame) supported Trump at the Republican Convention and on the campaign trail.
These people are going to support a coup? Rosa Brooks and Sarah Silverman need to put down the crack pipe. They are obviously out of touch with reality. There will be no military coup. Those military folks support Trump and will continue to do so, as he brings optimism and patriotism back. Brooks and Silverman are totally disconnected from how our military thinks. They have Hollywood-itis. They think that because some actors played soldiers or Marines on the screen, and the actors are anti-Trump, that this means the military is against Trump, but nothing could be farther from the truth. 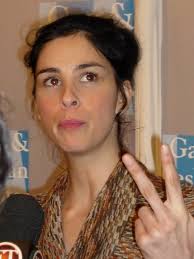 This is a non-issue, except in the minds of deluded leftists. There is a much higher likelihood that Brooks or Silverman, not Trump, will be facing the U.S. Military. It is high time for these idiots to shut up, accept the election results and deal with it. America is tired of their nonsense.