We have demonstrated the plight of the Afrikaners. You can click the links above for past installments. We have shown that they are methodically being attacked and killed by hordes of thugs. There can be no doubt that they should be considered refugees and granted the opportunity to move themselves and their families to the United States. With that in mind, here is our proposition for getting that done.
First, consider current United States immigration laws regarding refugees:

Under United States law, a refugee is someone who:

A refugee does not include anyone who ordered, incited, assisted, or otherwise participated in the persecution of any person on account of race, religion, nationality, membership in a particular social group, or political opinion.

Let’s see how our Afrikaner friends fit into that description. First, they are located outside the United States (this is legally important. If they are already in the country, then they can apply for Asylum. Those work out the same, for the most part, but there is a legal difference, based upon where they are when filing the petition). 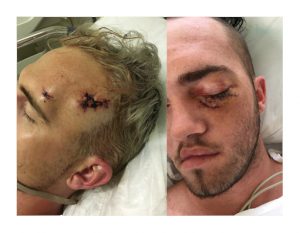 Second, their situation should be of massive humanitarian concern to the United States. We had no problem being concerned during Apartheid (more on that in a bit).
Third, Afrikaners are definitely at risk of persecution due to race and membership in a particular social group.
Fourth, they are not resettled anywhere else.
Fifth, there is no reason for them to not be admissible to the United States.
So we get to the one “sticky” issue. That last sentence in the quote. The refugee must not have “ordered, incited, assisted, or otherwise participated in the persecution” of others for those same reasons. Those who would oppose our plan might argue that Afrikaners engaged in persecution of South Africa’s black population during Apartheid. However, I would make two important points here:

The President of the United States, according to the Immigration and Nationality Act, is responsible for deciding if a person, or group of people, is declared a legal refugee. Here is the salient section of that law:

[The] President after appropriate consultation (as defined in section 207(e) of this Act) may specify, any person who is within the country of such person’s nationality or, in the case of a person having no nationality, within the country in which such person is habitually residing, and who is persecuted or who has a well-founded fear of persecution on account of race, religion, nationality, membership in a particular social group, or political opinion.

So The Men of the West call upon President Donald Trump to examine the situation, and conduct the requisite consultation, defined in Section 207 (e) as:

… the term “appropriate consultation” means, with respect to the admission of refugees and allocation of refugee admissions, discussions in person by designated Cabinet-level representatives of the President with members of the Committees on the Judiciary of the Senate and of the House of Representatives to review the refugee situation or emergency refugee situation, to project the extent of possible participation of the United States therein, to discuss the reasons f or believing that the proposed admission of refugees is justified by humanitarian concerns or grave humanitarian concerns or is otherwise in the national interest, and to provide such members with the following information:
(1) A description of the nature of the refugee situation.
(2) A description of the number and allocation of the refugees to be admitted and an analysis of conditions within the countries from which they came.
(3) A description of the proposed plans for their movement and resettlement and the estimated cost of their movement and resettlement.
(4) An analysis of the anticipated social, economic, and demographic impact of their admission to the United States.
(5) A description of the extent to which other countries will admit and assist in the resettlement of such refugees.
(6) An analysis of the impact of the participation of the United States in the resettlement of such refugees on the foreign policy interests of the United States.
(7) Such additional information as may be appropriate or requested by such members.

Once that consultation is complete, it will be obvious that Afrikaners are suitable to be declared refugees and afforded the opportunity to immigrate to the United States.
Notice that it is within American tradition and practice for certain groups of people to be treated en masse regarding immigration. For example, it was once policy for Soviet Jews to be considered as presumptive refugees and allowed to immigrate. Notably, those Soviet Jews did not necessarily meet the other requirements to be considered refugees. The key point is that it is within the tradition and experience of immigration to the United States to allow entire people groups to be granted refugee status. It is even permissible to be flexible in what it takes to be a refugee.
Therefore, we ask each of you to contact your congressmen, senators, and President Trump, and encourage them to begin this process. Do it often. Provide them with details of the humanitarian horrors that these noble people are facing. Share links to these articles, as well as other resources you find. Put the pressure on them to make this happen. 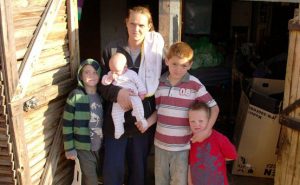 In future installments, I hope to share some practical ways Afrikaners can be brought into the country and assimilated. We will consider the “number and allocation” and “plans for resettlement.” I also want to share an interview with an Afrikaner, so you can get specific information from their point of view. Until then, get busy spreading the word. The more people who initiate contact with our elected officials, the more likely we are to succeed.

On the Abominable Obamacare