Labor sucks. Working is a pain in the butt. It really is a just a means to an end. By our labor, we earn our daily bread. This is the ironclad law of life on Earth as set by the God of Heaven as part of Adam’s punishment that we all get for free.
It goes without saying, Marx was wrong about nearly everything he penned. One of his most egregious errors was the flap about the theory of alienation. In a nutshell, the German raised work to be the highest state of being and demanded that man should find himself in his work and nowhere else. Wholeness could only come from worshipping the labor of his hands. 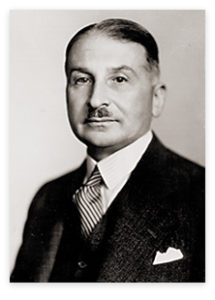 Mises covered this aptly in Human Action. After describing the generalities of labor he hits on the core concept: the disutility of labor. Read it here: “Disutility of labor is the discomfort, uneasiness, inconvenience or pain inherent in human effort. Because of this quality men regard labor as a burden and prefer leisure to toil or labor.”
You might like your job, but I dare you to look me in the eye and say you click your heels in unbridled joy over the prospect of working at your job.
We work to mediate gratification. The pleasure of a job well done is real. The wages we earn in exchange of our labor are real. The necessities we can buy from those wages or the wants we can fulfill are real.
But if you buy into the Marxist lie about labor, you set your feet on a path where you swallow all sorts of errant nonsense.

“The worker begins to hate his work if he becomes convinced that what makes him submit to the disutility of labor is not his own higher valuation of the stipulated compensation, but merely an unfair social system.” – Mises, Human Action.

In other words, you the worker have struck a deal with your current job that for the effort you put in, they will pay you an agreed amount of money according some schedule. You value the wages earned more than the pain labor puts on you. Until you start thinking Marx had something worth listening to, and the man is keeping you down, man.

“Deluded by the slogans of the socialist propagandists, he fails to realize that the disutility of labor is an inexorable fact of human conditions, something ultimately given that cannot be removed by devices or methods of social organization. He falls prey to the Marxian fallacy that in a socialist commonwealth work will arouse not pain but pleasure.” – Mises, Ibid.

This is why, after socialism fails, the socialist propagandists have to say it wasn’t real socialism. Their worldview is based on a lie about labor and they have to keep lying in order to keep their worldview from crumbling.
It has to be that way. Anything else and the Marxist is no longer a Marxist and has been cast into the cold light of reality and truth, the two things that cannot care one iota about your feelings on the matter.
Mises doesn’t leave us with just the insight of why Marxism is fraudulent from the ground up, he also explains a way forward out of the mechanical materialism.

“To be joyful in the performance of one’s tasks and in overcoming the disutility of labor makes people cheerful and strengthens their energies and vital forces.” – Mises, Ibid.

And that key to making work work is something the Marxists will always bury in propaganda. Finding joy despite the labor is what helps cleanse the soul. It’s a maxim of the Christian, the Man of the West, that despite the hardship involved we will not let that define our attitude.

The Seventieth Week of Daniel – Part 3