Editor’s Note: We have decided to share the actual citations received by Medal of Honor recipients. We will make a new post each Tuesday. These describe the actions of true Men of the West.
Staff Sergeant Herschel F. Briles. U.S. Army, World War II 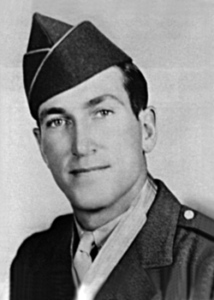 He was leading a platoon of destroyers across an exposed slope near Scherpenseel, Germany, on 20 November 1944, when they came under heavy enemy artillery fire. A direct hit was scored on 1 of the vehicles, killing 1 man, seriously wounding 2 others, and setting the destroyer afire. With a comrade, S/Sgt. Briles left the cover of his own armor and raced across ground raked by artillery and small-arms fire to the rescue of the men in the shattered destroyer. Without hesitation, he lowered himself into the burning turret, removed the wounded and then extinguished the fire. From a position he assumed the next morning, he observed hostile infantrymen advancing. With his machinegun, he poured such deadly fire into the enemy ranks that an entire pocket of 55 Germans surrendered, clearing the way for a junction between American units which had been held up for 2 days. Later that day, when another of his destroyers was hit by a concealed enemy tank, he again left protection to give assistance. With the help of another soldier, he evacuated two wounded under heavy fire and, returning to the burning vehicle, braved death from exploding ammunition to put out the flames. By his heroic initiative and complete disregard for personal safety, S/Sgt. Briles was largely responsible for causing heavy enemy casualties, forcing the surrender of 55 Germans, making possible the salvage of our vehicles, and saving the lives of wounded comrades.

What Did We Think Was Going To Happen?

How To Sharpen Your Lawnmower Blade