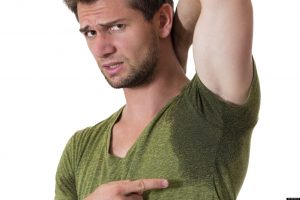 Editor’s Note: this was originally written in 2004, but seems pertinent today.

It’s a documented, irrefutable fact that everyone who works in a building with elevators believes them to be the slowest elevators in all the world. Well, when I worked at WVU Hospital, I can honestly say that I was right. Now, it should be noted that I hate elevators, and that hatred is directly related to the fact that I basically hate people in general, and I specifically hate people who are in the elevator with me.
So this one particular day, I get on one of the damnable things. It was full. There were several women going to work, and a serious backwoods redneck at the back, looking uncomfortable as hell. I liked him. Of course, because I’m me, and this stuff only happens to me, at the first stop, three camel-jockeys got on. I’m sure none of the cats had bathed since the 7 day ass-whippin’.
As you can well imagine, folks were a mite uncomfortable, but then from the back of the elevator I heard the most welcome Southern accent:

“Well by God, I know one thing, somebody needs to get some deodorant and figger out just where the hell it goes.”

Now one of the girls must’ve dropped something important, cause every woman on the elevator started shufflin’ their feet and staring at the floor. It was about this time that the elevator stopped again. What a coincidence. All those chicks needed off at that same time! Figger that! Well, a whole new pile of chicks got on and the door closed. This was when one of the camel-jockeys looks back and says:

“Stupid Americans. You think because you put chemicals all over your bodies you are clean. This is the body’s clean and natural state. It is you that are filthy.” 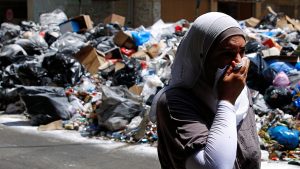 Whoa there. No damned way I’m gonna let that go.

“Did you just say stupid Americans? Funny that you chose to come to see these stupid Americans when you wanted an education. I wonder why these stupid Americans ain’t beatin’ down the doors of the University of Qatar? Well hell, that’s easy though, ain’t it? I mean your idea of political science is teachin’ impressionable young boys how to better influence Isreali politics by way of vest bombs.”

One of these new girls must’ve dropped something too, cause they were all lookin’ at their feet like the last bunch, and this time two of the camel-jockeys had joined them. But then the clincher came. In that same Southern accent I hear:

I thought I was gonna piss myself. God intervened here, and the doors opened and everyone poured off but me and the redneck. Once the doors closed, he looked at me and smiled and said,

“Ya know… They prolly ain’t gonna let us ride no more elevators together.”

Looking back, the most memorable part of that whole episode was the blatant fear in all three of those Arabs’ eyes. Even the one who spoke up only did so in bravado. Cowards.

Wisdom From the Redneck Sage