A few weeks ago, I saw an article on how to attract Millennials to your church. And the first bullet on the list was to not place any value on tradition. That’s when I stopped reading. Now, the Millennial generation gets a lot of crap, and for some very good reasons, but let’s be clear on one thing: there has never been a generation alive that didn’t think that they knew better than the generations that preceded them. There is even a term for it: Modernity.
And lest you think I’m being crotchety, let me quote Socrates from about 390 BC: “The children now love luxury. They have bad manners, contempt for authority; they show disrespect for elders and love chatter in place of exercise.”
The Hippies said, “don’t trust anyone over 30”. The truth is that anyone under 30 very likely has shit for brains. I know for a fact that I had shit for brains until I was at least 27. So the article had some very bad advice, regardless of the Millennials​.
I hail from The Orthodox Church. I can draw a line of unity between myself and the Apostles, because we keep the whole faith, by Tradition kept for 2000 years. I’m not going to start dick measuring here when it comes to different churches, but the single most relevant thing that attracted me to the Orthodox Church was that I knew for certain that it will never be overtaken by the feminists, the homosexuals, or the barbarian sympathizers. It is the stubborn old goat that will never change, because God does not change.
GK Chesterton said that tradition is like democracy, except that it is giving a vote to the dead. Maybe, just maybe, our fathers learned a little something about life, and living, and keeping the Faith in the course of their lives. Maybe it is important to know the road that was paved before you, leading up to today. Your church may not be Orthodox, but do you know why? What were the reasons for the schism, the Reformation, and the founding of your church? Do you agree with them? 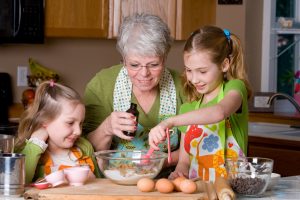 And I’d like to take a step back and ask what traditions do you keep in your family? Americans of European decent have been robbed of our history. We are not German, or Irish, or English. We are Dutch-Irish and French-Indian. We have been told that our heritage is hate and made to forget it. What do you know about the line of your blood past your grandfather? What traditions were passed down? Much like a Church that has no memory of its past, a family without tradition is a ship without a rudder.
Find out your roots. Discover your blood. And honor it by passing the knowledge down to your children, the immortality of your race. And make your own traditions where they have been lost. My family watches It’s A Wonderful Life every Christmas. It’s old, sometimes boring, and a little heretical, but dammit, it’s tradition. It has a great message for cooling down the consumer craze that has taken over the most blessed season: “be grateful for what you have, and where you come from.”

Memory: The Stink Knows No Color