The financial situation for us was not better than in town, but far worse. The First World War made food stuffs to go sky high. There was no ceiling prices. Potatoes sold for $5 a bushel. Sugar and flour were rationed. We could get a pound a week for our family and paid 32 cents for it. Well, we got used to drinking unsweetened coffee and tea. Instead of potatoes we ate cornmeal and also cornmeal flour mixed bread. If we would have been in town at this time, the children that were old enough could have earned good money, for all boys of 14 and up did so after school hours.

The farm on which we had pinned our hopes did not do well at all. I worked every night till it was dark. My son that had quit school worked with the other boys hard every day, but we surely did not prosper. There was one failure after the other. If it was not too dry that caused our crops to fail, it was the frost that killed our hope to make a little. We all became discouraged and many times there was friction between the members of the family. Often we felt miserable. We finally realized the Lord was chastising us for not doing the right thing and we wanted to go back to town, especially the wife and the children, but we had to stay until it was the Lord’s time.

We Start a Christian School

From the very start that we lived in the country I talked Christian instruction in season and out of season. Some of the farmers did not like the idea but others agreed. A few Roman Catholic people had moved in that school district and had objected that the teacher opened with prayer. Later this man did not receive a reappointment. Shortly after this incident we formed a Christian school society. This society grew and it was decided the following year to start a school where the Bible would have a place and the child could be instructed according to the Word of God.

A few of us visited all those that we thought ought to be interested in this project. They all belonged to the Reformed or Christian Reformed churches, but we were very much disappointed. Such that were financially ablest did not join hands with us. No matter how clearly we showed them their responsibility toward God and their covenant children, they refused to cooperate. Then there were others that were positively too stingy and thought only of how to make their pile bigger. We are sure some of the people we visited felt sorry afterward and became ardent supporters, but in the beginning, by their bad example, they hindered the cause.
When we finally started that little school, we had only 19 children to begin with but we had faith and the Lord did not fail us. He took care of it all. We had a good teacher and at the end of the 1st year I was proud to sign the graduating certificates of a few pupils that had completed the 8th grade. One of these children was my own child.

The following year someone else was chosen as president of the society. He was better qualified than I, and besides, he had his property and work near the school and could be consulted more easily any time. My work took me to town every day.

From year to year the number of children increased and also the interest in Christian instruction in that neighborhood. But the first years were very hard and required much sacrifice on our part as a family. But the lord gave us faith to carry on.

After some years since we had started, the public country school building was abandoned and they had built a new brick structure. The old school was for sale. Our school had become too crowded. The Lord took care of our little school, I said. He moved the heart of a businessman to buy the old public school for cash, but with the intention to turn it over to our society. This was really a godsend, for it enabled our children to move into bigger quarters. Later on we had to expand again by adding our former school building to it. This enlarged school again became too small. It was then decided to build a new, up-to-date brick building. Today the number of children approaches the 400 mark. The Lord be praised. 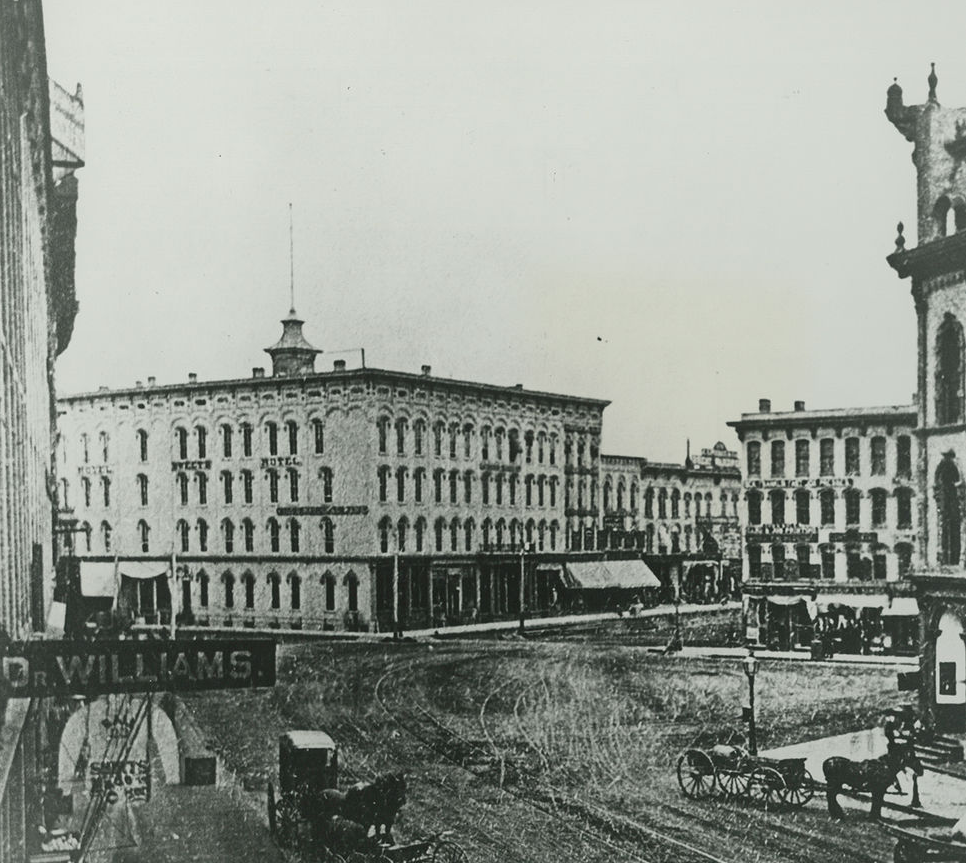 We Move Back to Town

A number of years before this new school was in use, we moved back to town. We related this Christian school history because now we can see we had to be in the country in that vicinity. The Lord had His purpose for it. A great number of covenant children would be born and raised in this neighborhood and the Lord prepared them a school. To that end He brought such people together which saw the seed of Christian school instruction and had faith to start such a school and He caused things to grow and to shape it to what it is today.

We did not know the Lord knew. We ran away from church work, but He caused us to fill in and work ever so much more in another corner of the vineyard. We were so to speak, a crooked stick with which the Lord struck a straight blow. To Him be all the glory.

When the Lord had used us in this neighborhood to the extent as we were needed, it was His time to move us back to town. The years we lived in the country were the hardest and most trying of our life, but praise be to God, He caused us to keep the faith. We believe our stay there had to work together for our good. We were in the crucible, being molded by the Great Potter. How long suffering and patient He was with us. He surely did not forsake the works of His hands. How true it is the salvation is the Lord’s all the way through to this very end, not ours one bit. We cannot boast of our own efforts but must humbly confess we are miserable failures.

I Find Another Job

My oldest son did not like to finish high school, for which he felt sorry later in life, but preferred to learn a trade. He followed the same trade as his father and became a printer. Later he worked in the same shop with him, but in a different department. When I had been there better than seventeen years my son said, “Pa, I am going to quit. I don’t like the boss and don’t see how you can stick it out as long as you did.” The main reason of my staying there so long was, I had an inferiority complex. Again and again I made mistakes and they weighed heavy upon me. I did not realize that everybody else is imperfect in his work. It was God plan with me to make me stay there so long. Besides, this was an open shop and I had become foreman, got gradually more pay and was content, realizing that nowhere does one find everything perfect.

The next Monday after my son quit I had to get some new type from a trade plant and I asked the manager if he had work for my son. He said, “Send him up”. Then I said, “I almost feel like quitting myself”. Then he replied, “I thought you were a fixture there, but you can come to work here next week”. I asked him, “What time do you start?”  “At 6:00,” he said. Then I answered, “Isn’t that pretty early?” This reminded me of the good old long days in Amsterdam where we also started at 6:00 in the morning. “No,” he said, “it’s late. You will be foreman of the night crew.” “I can’t take that,” I retorted, “It would kill my wife. She would then have to take care of the children day and night”. “Well, he said, “I am sorry.” The following Thursday I received two telephone calls from other printing establishments. The one place was not at all to my liking, but the other one looked good to me and they offered me $8 a week more than I was getting. I took that. The print shop where I worked then was, of course, new to me and I had to adjust myself to conditions. They did the highest grade of printing. I liked the place and enjoyed the work, and learned a lot during the time I was there.

The first summer, the assistant superintendent took a vacation and I filled in for the time. It was rather dull and it was not hard to take his place. During the first weeks I started to work there, I asked many questions. They did not like that and I was told to read the instructions on the job envelope that would give the information. I learned soon to do that. At one time there was a rather difficult job and without any questioning I went ahead with the work. After a while when I was about through, the foreman asked me, “How are you going to do this job?” I told him how and I saw a look of surprise on his face and he said, “Okay, I did not figure it out myself but I suppose it is all right.” It turned out to be the correct way to do it. In my work I always felt the need of guidance and understanding and prayed for it.

The next year the foreman took vacation twice as long as the year before and I had to take his place again. In his absence the work piled in and we turned out one job after another. The Lord prospered us during these two weeks. No mistakes slipped through and everything went very smoothly. There was splendid cooperation between the different departments. A few days after the foreman had returned and had again acquainted himself as to the work turned out and on hand (where he was sitting at his desk), the head of the pressroom came over and greeted him. He answered with “Hello Jake, how are you, how did things to while I was gone?” “Well,” he said, “did we not have a picnic including me in it as I was working close by, and what a lot of work we turned out, eh, while he was gone”? The foreman face clouded over and I saw immediately that it did not set right with him. It seemed he was jealous.

Sermon: Built Upon The Rock