The twenty first of August it is decided to commemorate the birthday of Queen Wilhelmina. A committee is appointed and money is donated for prizes to the winners who partake of the sports that will be held. During the week of August 26 to September 1, these contesting sports are held and the winners receive their prizes. We enjoyed ourselves very much watching the contestants and it is also a welcome break in the monotony. In the evening concerts were held and we listen to solos and recitals mostly of a humorous kind. We sing our Holland songs in honor of the Queen and are all decorated with red, white and blue & orange. Time and again we shout, (a Dutch phrase undecipherable).[1]

Sunday 8-26. There was public worship on deck and September 2 we gathered again to hear the word of God proclaimed. This time we were together in the Second Class Salon. My notebook says the text was Rom. 7:15 and that I was edified, and it says also, this time there attended not as many as the first time. The carnal mind does not understand the spiritual things and they cannot therefore have a lasting interest in serving God and attending there where He is served. Several days pass by with nothing of special interest. We see a steamer now and then, a sailboat passing us. It is picturesque to see a full rigged four-master cleaving the water, but otherwise time becomes heavy on our hands and we are anxious to reach our destination. 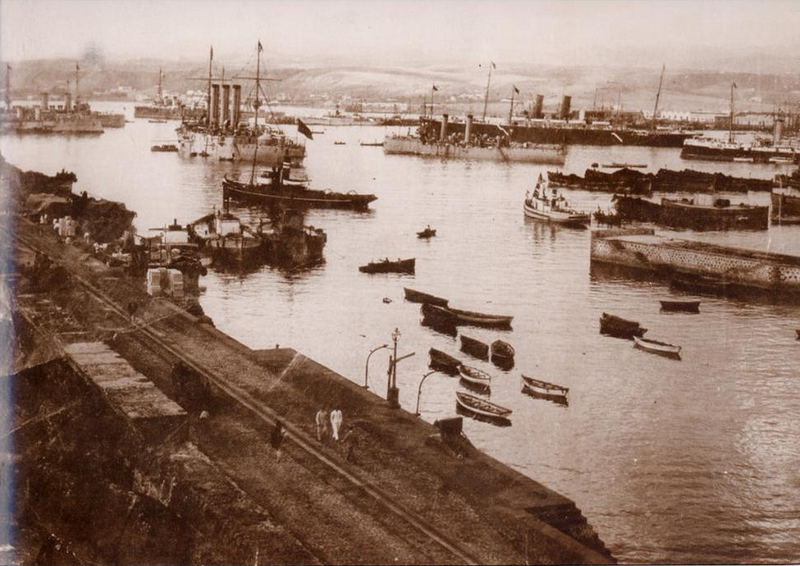 Time and again we passed land in the distance of which we could only see the bare outlines. Sometimes we thought they were clouds and then again we took clouds for land. This time, September 5, we stop at Las Palmas to take in coal. We had to go almost around the island and it is about 4:00 p.m. when we finally dock. Before the boat was moored we were surrounded by a number of little row boats. They were loaded with all kinds of tropical fruits and Cigars, tobacco, wine, notions, etc. There were also several divers and for a little coin that was dropped in the ocean they would dive till they got it. One fellow dived from one side of the boat to the other for a shilling. They would beg for a penny and they stayed as long as any coin was thrown down. One boy had a stump of an arm and another missed a leg. Maybe the sharks were to blame for that.

Although we heard the noise of the coal that was dumped we went as usual on time to bed for there was nothing doing or to see. We heard the next morning the boat had left at 1:00 a.m. and when we got up it was 6:00. Las Palmas was away out of sight. The boat was faster today than yesterday according to the log, showing how we are progressing daily. We pass the “Saxon” in opposite directions. This boat is the biggest and fastest steamer at this time, 42 years ago, plying between England and South Africa. It is 13,000 tons and makes the trip one way in 14 ½ days.

We try to break the monotony by taking walks on the deck or playing some games. We also have to perform our daily chores. Every morning I hang up to dry some of the baby’s things. We have been time and again ordered by the sailors to remove them, but we had to keep the baby clean and were persistent, we did the best we could. Today, September 6, it is very hot and we conclude as calculated that we are close to the equator.

During the days on the train and now on board neither my wife nor the baby have been doing well. The food was not very palatable and I notice they are both getting thinner and paler. But I could do nothing for them. From day to day we watch the log. So far we have gone through the water 5,340 miles. The distance from East London to Flushing is 6655 miles. Today is Friday September 7 and we expect to be in Holland the 12th of this month. Another reason why we become impatient is that the food is not getting any better. The meat and the eggs in many instances are not touched. No wonder that my poor wife and baby are getting thinner. We are hungry for a good Dutch meal.

Sunday September 9. We all attend religious services again and the baby, our Katrientje, is very sweet and quiet all the time. (She became a Broadway actress in New York and lived across from Central Park. She changed her name to Catha Cala’) There was no minister on board and if my memory does not fail me it was a certain Mr. Joostens who taught school in Transvaal, who led us in worship. As usual we sing our hymns, listen to the speaker and feel we are one in Christ. How true it is everywhere, Christians find each other and are one in Christian love. In the evening we do some more singing and especially the “Transvaaloche Volkslied” (National Anthem) brought us in an optimistic spirit. We all sang very lustily that inspiring National Anthem of the Boers, of which we give here the first stanza: 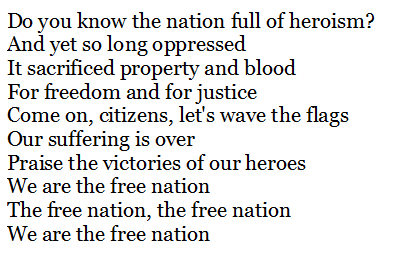 And when we personally got up to “our suffering is over”, we thought, when the poet made that anthem he forgot Perfide Albion’s lust to ever increase her possessions, to get gold and diamonds, etc.

Monday, September 10. We are in the Gulf of Biscoe, also called the Sailors Graveyard because many sailors lose their lives there on account of the high seas, during storms. The sea is now, however, very calm and it is a nice beautiful day.

Tuesday, September 11. It is cooler weather. We see boats and ships of different descriptions. My wife lost her diamond ring and another one. She thought, because we she was so much thinner, that they slipped off when she washed the baby’s clothes, although she used to lay her rings on the wash stand in the hut. Whether she lost them or whether they were stolen, at any rate she never got them back. I tried to console her by the promise to buy her another one. And after all they are only earthly possessions to which she readily agreed. 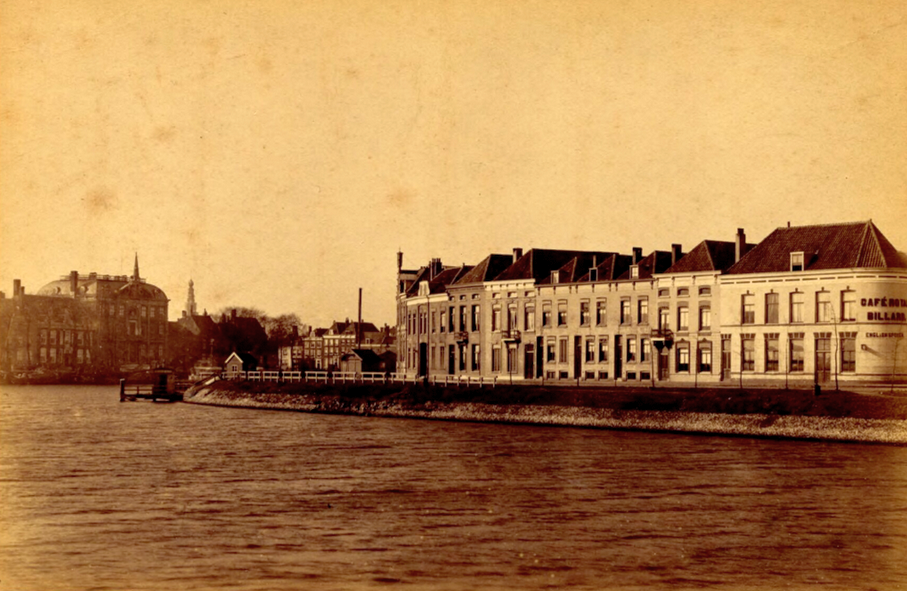 We arrive at Flushing

Wednesday, September 12. We pass the bare chalky rocks of the coast of England. We now go in a somewhat N.E. direction straight to the Netherlands. We expect to arrive at Flushing between 4:00 & 5:00 in the afternoon. It was about 4:30 when we were opposite that small but neat looking town. On account of low ebb, we had to wait. How glad we were to see the old homeland. What a thrill we felt when our feet again touched the Holland soil. How sympathetic were the people when they saw us. My wife and little baby especially showed the bad effects of the journey. It is now 37 days that we left our home in Transvaal. We were anxious to see our relatives. They did not know when we would arrive and it would be probably a mere 8 hours they might see us. We were also anxious to eat a good meal. In Utrecht the train stopped long enough to get our appetites satisfied. We really enjoyed that meal. 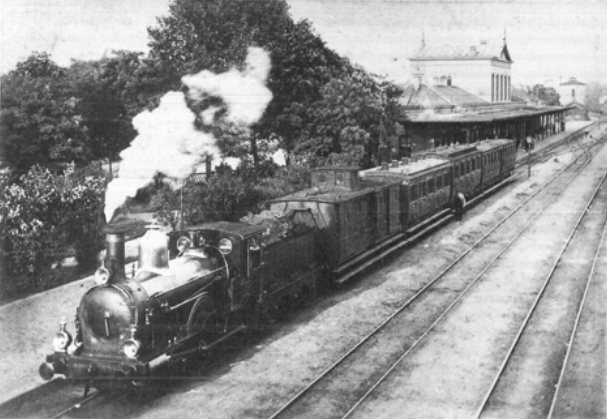 It took only a few more hours and we were in Groningen, but there we had to transfer and had to ”bommel” (no translation) [2] as they call it when a train stops at my little station, the very last lap of our journey. The last two hours were tedious and seemed very long. We were most heartily welcomed by the relatives when we arrived at the parental home. We could shout for joy that the Lord had brought us all at our destination and we thank Him for His goodness and protecting care. Then and there we felt it took much energy to go through it all and it was a very great relief we could finally go to bed and get a real rest. However, we did not sleep right away as we were too much used to the movement of the boat of about 30 days. We felt refreshed in the morning and we did not get up at 6:00.

The next day, we called the doctor for the baby, for the child was in bad shape and my wife needed medical attention also. My wife had worked for this doctor previously. She divided her time taking walks with their little daughter and preparing prescriptions. She was very efficient in her work in every way. The doctor found that both the mother and baby needed good food and rest. It did not take long and they showed marked improvement. Later on we heard that her brother had said to a sister in another town, that when we arrived my wife was as skinny as a rail. We moved to the city of Groningen.

[2] A boemel (boemeltrein) is a “milk run” train that stops at every station, as opposed to an express.